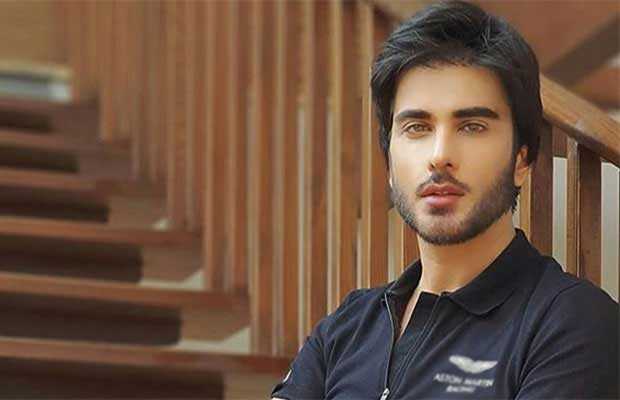 After the recent episode of fake news being circulated by a Youtuber of his marriage with actress Ushna Shah, Imran Abbas is calling out click baiters and bloggers.

Imran Abbas wants them to stop obsessing over his marriage with his co-actors.

After losing his cool, the Creature 3D actor took to social media sharing a note.

“Can we take action against these bloggers/clickbaiters? It’s very shameful to associate any female’s name with her co-actor/friend or vice versa,” he further added.

“I would request all of you to at least unsubscribe these YouTube channels, bloggers, or social media pages to let them have their own medicine,” Koi Chand Rakh star wrote. 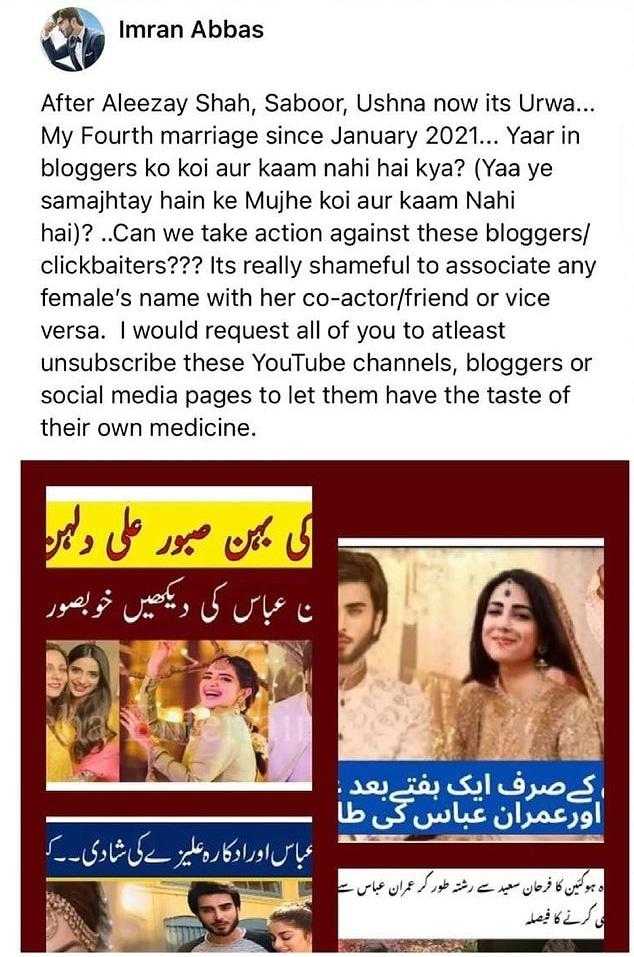 On the other hand, Ushna Shah also shared Imran Abbas’s message in her Insta story along with a caption saying:  “Sometimes we laugh it off, sometimes it isn’t so funny. These clickbait headlines travel in WhatsApp groups to our families and it’s pretty embarrassing.”

“Can you guys stop already,” she added. 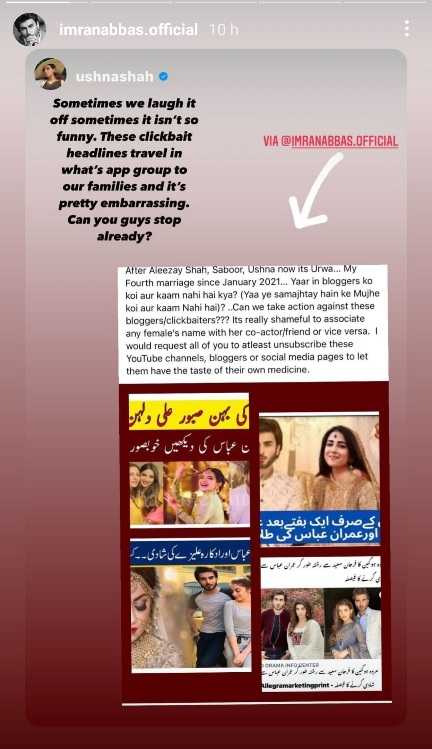