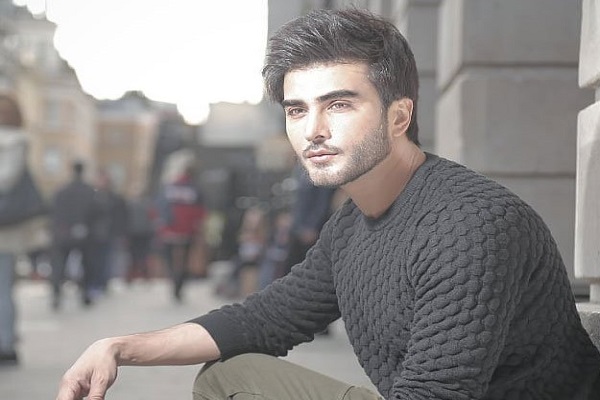 Who doesn’t know Imran Abbas? The heartthrob. The golden eyed boy! The most lovable and handsome actor, Pakistan can boast of. Imran Abbas is currently slaying as Zain in ARY Digital’s Koi Chand Rakh while he is preparing to play a negative role in upcoming 7th Sky Entertainment project.  However, do you know, it was Imran Abbas, who was approached for Bollywood hits “Aashiqui 2” and “Ram Leela”, both of which the actor rejected.

In a candid chat on Speak Your Heart with Samina Peerzada, a web show,  the Khuda Aur Mohabbat star made candid confessions.

“Rejecting Aashqui 2 and Ram Leela were one of the few decisions I regret at that time. Now, I don’t have any remorse. I did a Bollywood film which didn’t really work at the box-office. When I was offered projects that went on to become some of the highest-grossing films of their times, I later realised that it was imperative to take the decision (rejecting them) that I took in order to get my perspective right,” shared Imran.

Talking to Samina Peerzada, Imran also made some heartfelt confessions about how the death of his elder sister changed his perspective in life. Imran also comments on how he doesn’t find contentment in showbiz and might leave it soon. “I will leave acting very soon. I never connected to this profession. I don’t think I ever will. I want to venture into production now. I’ve started disassociating myself from a lot of people. I don’t go to award shows anymore – it just doesn’t make sense to me. All this glitz and glamour seem unimportant,” added the Mohabbat Tumse Nafrat Hai star.