We all know how much the fans had been waiting for the latest season of the coveted Netflix show, Money Heist.

As soon as the show was uploaded on the online streaming giant, it began trending on No.1 around the world.

In Pakistan too, Money Heist trended on the top spot on Netflix. And yet there are people who still haven’t seen a single season of the show and don’t really want to.

One such person is Pakistan’s favorite actor, Imran Abbas. Imran recently took to his social media to throw a good-natured jibe 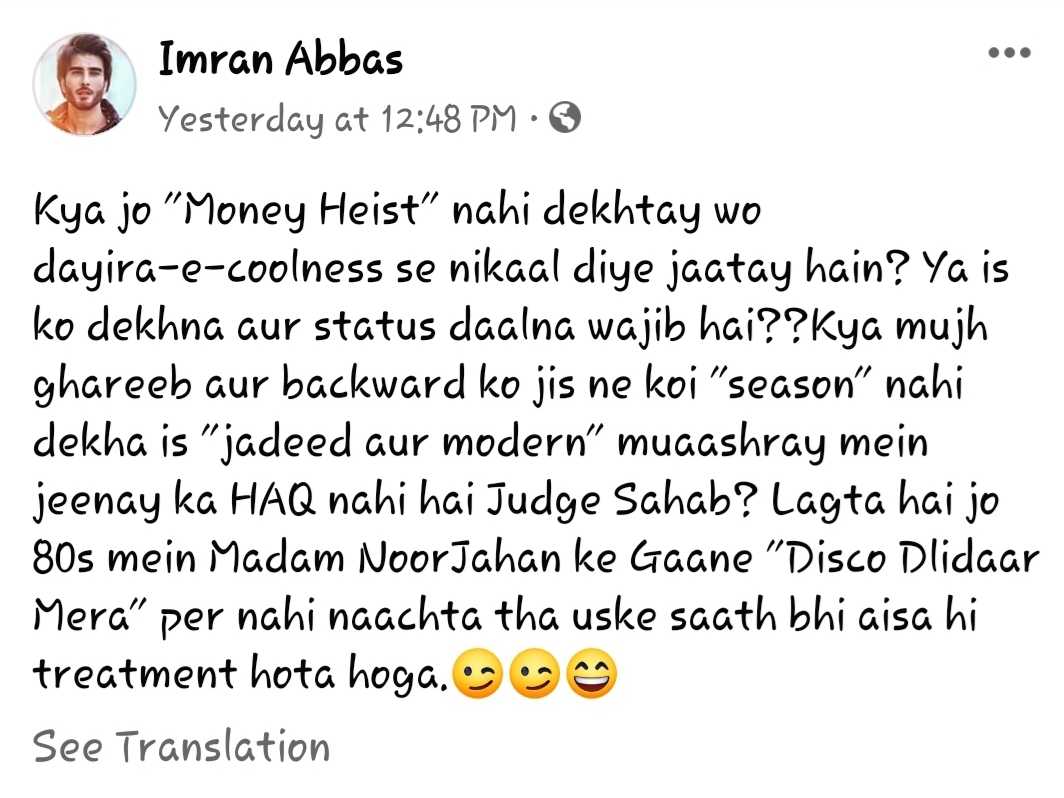 “Those who don’t see Money Heist, aren’t they considered cool? Is it very important to see it and then post a status regarding it? Do I, a poor and backward man, who hasn’t even seen a single season, not have a right to live in this latest and modern world? Perhaps the person who didn’t dance on Madam Noor Jehan’s song “Disco Dildaar Mera” back in the 80s was treated the same way,” quipped Imran on his Facebook.