“as DoDo7788 I know celebrities followed by millions and do not affect 100 people", says Dalia Hammoud 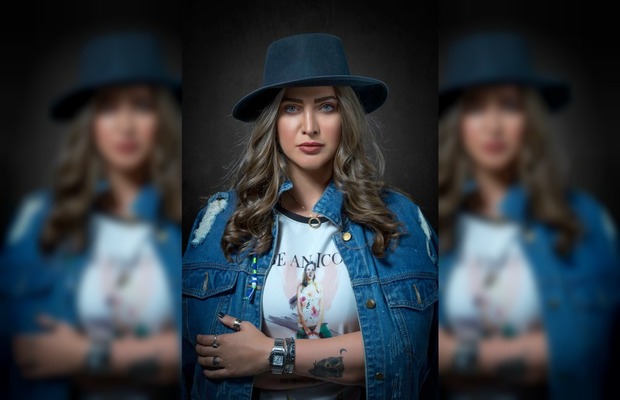 Dalia Hammoud a multitalented person known as DoDo is a social media influencer hailing from the middle east, Kuwait,  and is also famous for her comedy videos. She can speak different Arabic accents, this makes her more popular in the region.

In such a short period DoDo has achieved so much that most to the people only dream about but that is exactly what she has taught to all of her fans and following.

Her recent video has received likes in millions, Dalia Hammoud on being famous says, “as DoDo7788 I know celebrities followed by millions and do not affect 100 people”.

OY: Did you expect your video to reach millions in one day?

DoDo: To be honest I was not expecting that at all, this video got such spread across all social media in one day.
I got 100,000 followers on Instagram which made me so happy and continued to do these comedies

OY: How did you get this video idea?

DoDo: I was creating my own business and I was very compact,
There was a song I like and many people do, I used the melody and I wrote the lyrics for the song and did the video it’s was comedy words about work and the people loved it and start sharing the video.

OY: After your success in the comedy field, are you thinking about acting?

DoDo: I did not think about this, but if I got a beautiful role in a movie directed by senior directors, I would not hesitate.

OY: What are the most powerful ads you’ve made?

DoDo: In fact, I have made a lot of advertisements for large companies, including a car company, makeup, watches and a lot, but there is an Advertisement I will never forget in my life and it was a dream for me!

I’m a big fan of Real Madrid, I had a call one day saying! Real Madrid stadium is inviting me to do an advertisement for the stadium and talk about Real Madrid history I was really happy and had so much fun in Madrid and I saw a lot of football players and I took a pictures with them.

OY: Dalia, what made you sing and enter the field of singing?

DoDo: I’m a lover of singing. I studied music and learned to play many musical instruments, including the piano, it was my first instrument I learned I was 8 years old. I did a lot of songs and supported a lot of singers that now are stars and decided to do one song and see if people will love it. And yes they did ! And they’re all asking for more.

OY: Who is the funniest person for you on social media?

DoDo: My friend Ahmed Al-Sharif is one of the most important activists, he’s the funniest person in social media and he always comes with new ideas.

OY: Dalia Hammoud What have you accomplished?

DoDo: By the grace of God and the love of people, I have achieved many successes, established an advertising and media company called Fun al ebdaa FAE.MEDIA and opened many other businesses like a restaurant and spa

OY: Do you think you have all the successes or you strive for more?

DoDo: Thank God I have achieved many successes, but I am always optimistic and look to the future a lot and will not stand until I reach the top of success.