The ban by the Indian airline, Indigo initiated after Kamra posted a two-minute video of confronting news presenter Arnab Goswami that went viral on social media. 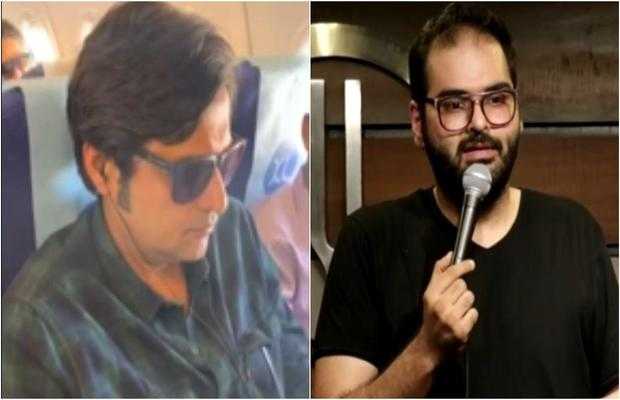 Indian stand-up comic Kunal Kamra, has been struck with a flight ban by four national airlines over hostility with popular television anchor on board an aircraft.

The ban by the Indian airline, Indigo initiated after Kamra posted a two-minute video of confronting with news presenter Arnab Goswami that went viral on social media on Jan 28.

30-year-old Kamra was banned for six months by Indigo— the airline carrying him during the incident— while  Air India, GoAir and Spice Jet put restriction on the comedian “until further notice”.

Kamra alleged that he tried to have a “polite conversation” with the famed journalist on the Mumbai-Lucknow flight but the famed presenter ignored him pretending to be on a phone call.

The video posted by Kamra in which he asked the right-wing journalist if he was “a coward or a nationalist”— has become an internet sensation.

I did this for my hero…
I did it for Rohit pic.twitter.com/aMSdiTanHo

Goswami, in the video, can be seen wearing sun glasses and earphones maintaining his composure, as receiving teasing remarks from Kamra.

The comedian ends the fight by referring to Rohith Vemula, a low-caste Dalit scholar whose 2016 suicide ignited protests across India.

“This is for Rohith’s mother,” Kamra can be heard saying at the end of the video.

Kamra is an outspoken critic of Narendra Modi led BJP.

Later, aviation minister Hardeep Singh Puri took to Twitter to order airlines to impose ban on Kamra which was followed soon after.

Kamra said on Twitter that he saw Goswami again on his return flight Thursday morning saying that the presenter again declined an “honest discussion”.

While denying being disruptive, Kamra wrote on Twitter that he did not regret the rant and apologised “to every passenger except one.

“At no point did I endanger the safety of any passenger on board, the only damage I caused was to the inflated ego of the ‘journalist’ Arnab Goswami,” he said.

*My statement on my flight bans* pic.twitter.com/qWT2OawSmx