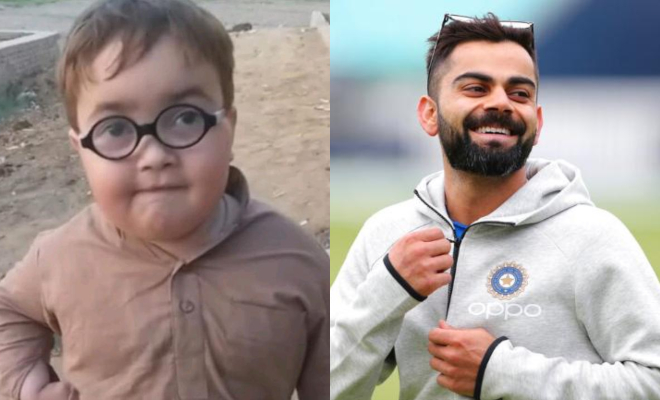 Recent internet sensation of Pakistan, Ahmed Shah is popular for more than one reasons but the one that tops his cuteness is his mix Pakhtoon and Urdu accent as he speaks with a shy smile. While Ahmed is the media darling right now and all leading television channels love to have him, it’s his viral video from last year that made Indian captain Virat Kohli his fan too.

In a recent interview clip, Virat is seeing looking at Ahmed’s famous ‘Peechey tou dekho’ video where he is yet again being his cutest self. The captain, seeing the video is in laughing fits and in between tries to imitate Ahmed’s accent as he copies his dialogue ‘wo kaun hai’ in Pakhtoon style.

Needless to say, Ahmed has earned yet another fan and this time it’s all the way from across border. Way to go Ahmed, you awesome kid!