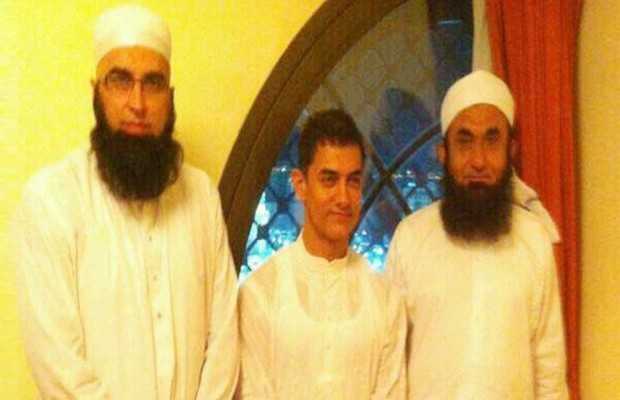 If only ‘living under a stone’ was true for some Indian netizens who recently lost their minds to see Bollywood star Aamir Khan’s picture with late Pakistani singer turned religious personality Junaid Jamshed and scholar Maulana Tariq Jamil.

Mistaking the two Pakistani celebrities for terrorists, the Indian trolls started to bash the Lagaan actor without wasting any of their time (or brain).

“This is your Aamir Khan,” said a social media user. “He met two terrorists during his trip to Mecca, Junaid Samshed and Moulana Tariq (Laskhar-e-Toiba terrorists),” the netizen added by blatantly using the wrong name of late Pakistani star.

The photo soon went viral on social media as many came forward to bash Aamir for not tweeting on Sushant Singh Rajput’s suicide or wishing Independence Day. However, a number of publications tried to bring enlightenment to the ill-informed Indian netizens. 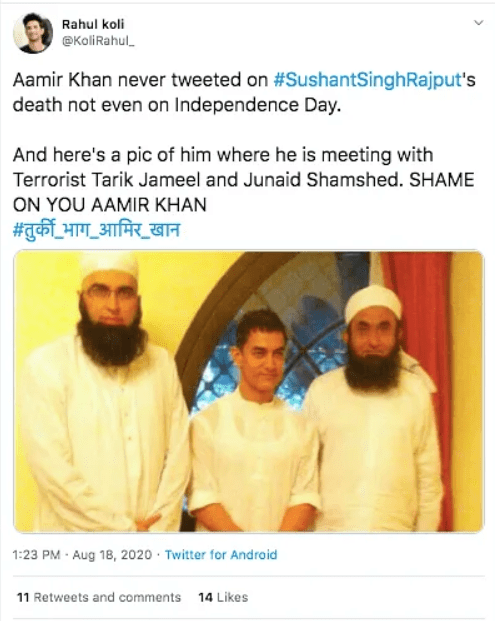 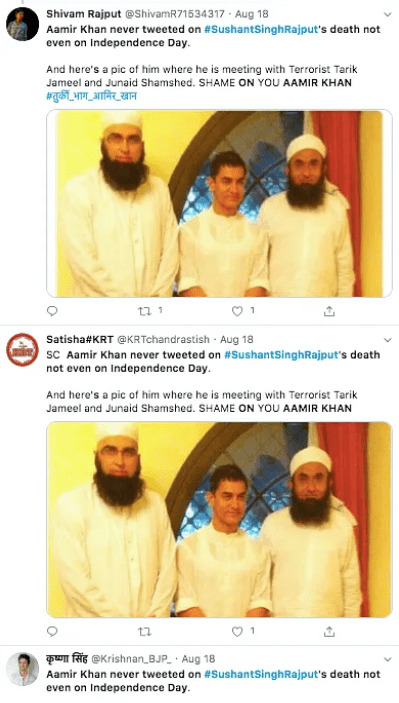 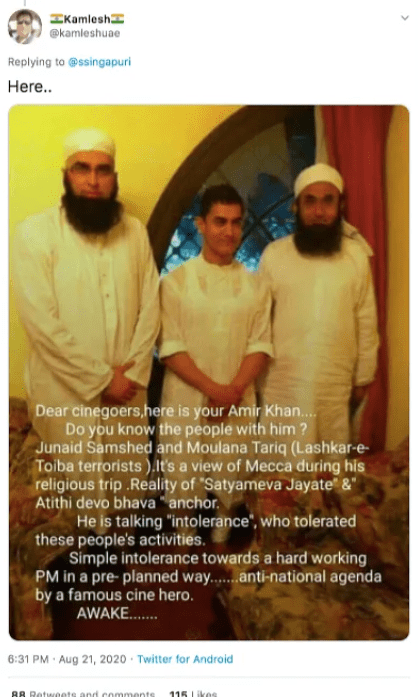 It’s Junaid Jamshed and Tariq Jamil.  Khan met them in 2012 when he took his mother Zeenat Hussain for Hajj to Makkah, the true facts! 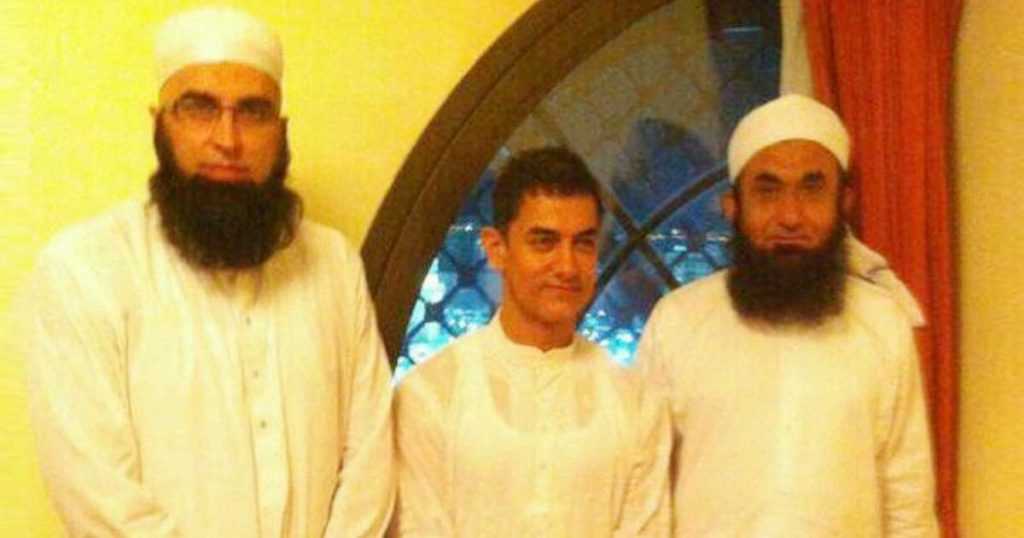 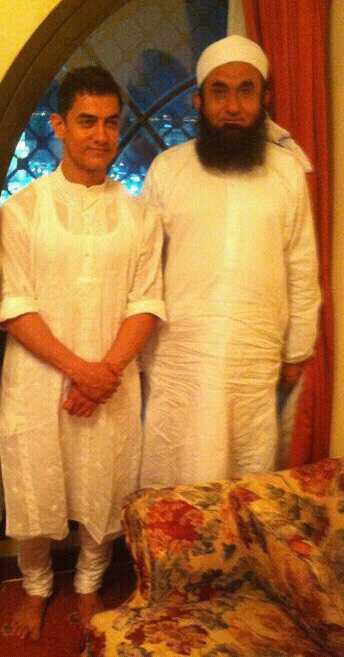 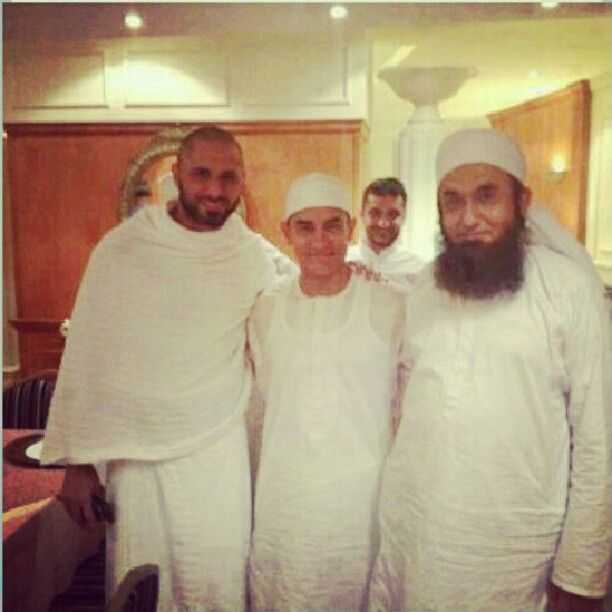 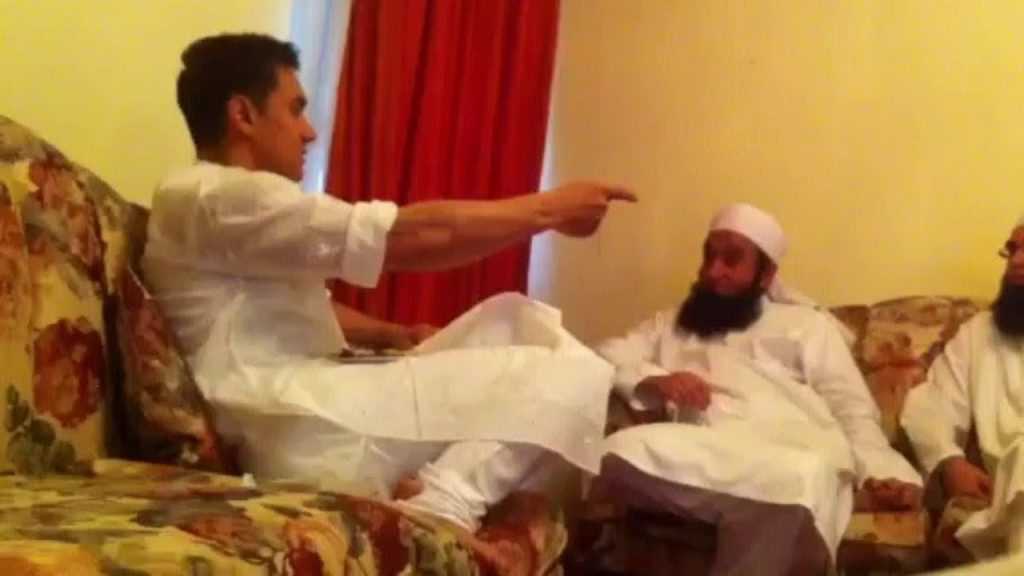 Ironically enough, none of the ‘vigilante’ took responsibility for an unjustified attack at the superstar. So much for freedom of opinion, eh? This also comes after Aamir Khan’s recent visit to Turkey.

The Indian hate brigade wont be sparing the actor easily, and we doubt there is more to come.