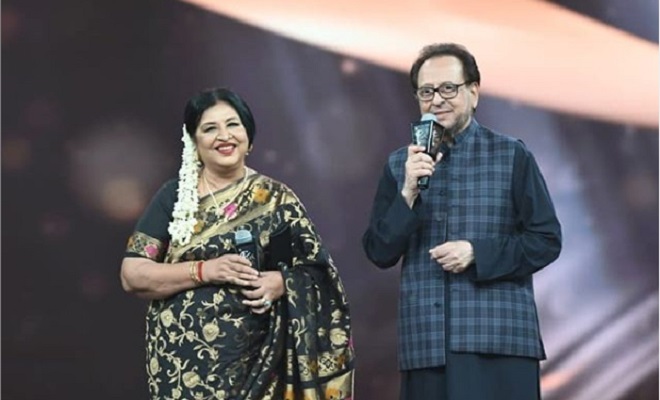 The night was lit with glitz and glamour. Despite the controversies that marred Lux Style Awards and its nominations this year, the award ceremony was conducted with its much deserved pomp last night in Karachi. And while a number of our favorites did take it home, it was Shabnam Jee, who emerged as the highlight of the occasion as she was honored with a Lifetime Achievement Award.

Shabnam Jee’s favorite costar and her partner in a number of films she did, Nadeem, was also present alongside to give her the award.

Bringing together two legends back in one frame was a beautiful moment attributed to LSA. With a heartfelt speech, Shabnam also expressed her wish to start working in films once again and was cheered on for her spirit.

The divas of the industry also gathered together to pay tribute to Shabnam, dancing away on her evergreen songs.

Meera danced on Shabnam’s hit film Aaina’s song, Wada Karo Sajna, followed by Maya Ali, who danced away on, Chitti Zara Saiyaan Ji Kay Naam, from the film Dosti. The two were followed by Saba Qamar who sizzled on the stage dancing to Mera Babu Chail Chabeela, from the film Mann Ki Jeet.

The divas were followed by Atif Aslam who paid tribute to Shabnam with her song, Mujhay Dil Se Na Bhulana, and won hearts with his melodious voice.