The Big Boss contestant was reported by various Indian celebrities 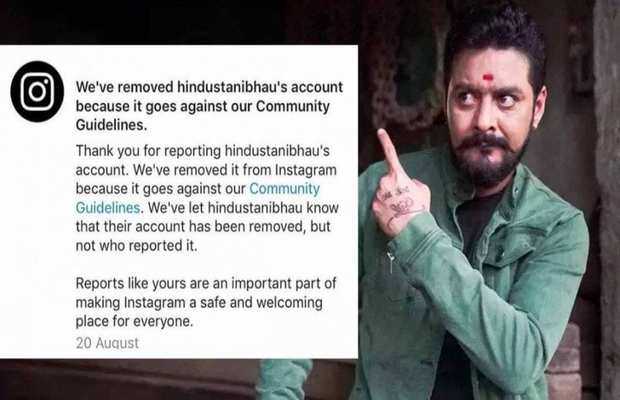 “HM @AnilDeshmukhNCP & @MumbaiPolice Calling for open violence is a crime. This is a mob building & hate spreading exercise. This is deeply alarming. Could lead to violence & an artist not getting due process. Remarks like “System side main” are an insult to our constitution (sic),” standup comedian Kunal Kamra had earlier taken to Twitter raise concern over Fhatak’s posts.

Stating that Bhau’s account stood against the community guidelines of the photo-sharing platform, Instagram suspended his widely popular account. Known for hate speech against Pakistanis and Muslims, Bhau was mostly seen propagating extreme nationalism and jingoism.