The “Fault in Our Stars” actor Ansel Elgort came up with a very unique way of raising money for COVID-19 relief charity.

Ansel Elgort posted a nude photo of himself, which has since been taken down from his Instagram page. In the photo, the “Baby Driver” actor was standing under a shower, hiding his privates.

He captioned his photo saying “OnlyFans LINK IN BIO,” jokingly referencing the social media platform where people post photos, which are otherwise too racy for Instagram, for their paid followers.

Upon clicking the link, Elgort’s followers were taken to a GoFundMe page for “Brooklyn for Life!”

Many celebrities came out showing their support for Elgort’s unusual campaign stunt, including his girlfriend and professional dancer Violetta Komyshan, who responded writing on the post: “Lmao I love you.”

“Ur the worst,” Diplo jokingly added. 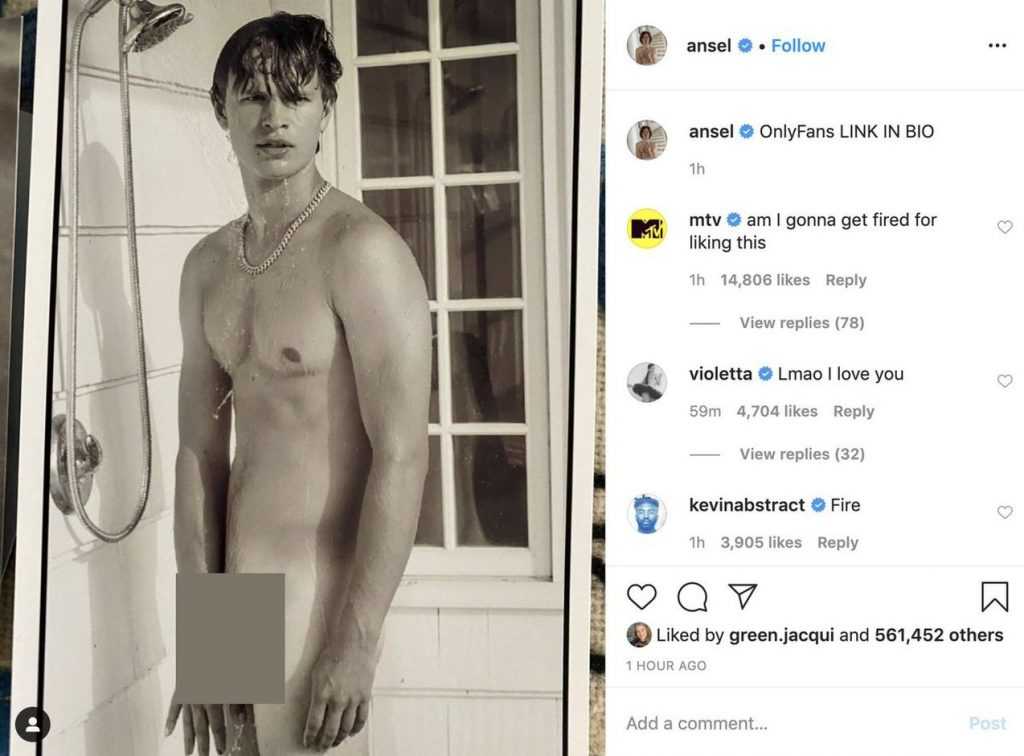 “Our goal is to fund each Brooklyn for Life! restaurant, enabling them to provide — at no cost to the recipients — at least 75-100 meals per day for delivery to the Brooklyn frontlines of this pandemic,” said a statement on the crowdfunding page. “In doing this, we’ll keep Brooklyn’s grills & ovens hot to feed our community healthcare warriors and keep some of our vital local small businesses and members of their staff afloat in tough times.”

Later Elgrot in an Instagram story said, “It seems like a lot of people have been giving in the last few hours. So thanks a lot, looks like it was worth it”.

“Unfortunately, Instagram told me I have to put my post down because it’s nudity, so I’m going to take it down. Maybe I’ll post the version that cuts a little higher.

“Sorry about that, Instagram. Sorry if I offended anybody, but we did a good thing,” he concluded, also adding, “And my dad took the picture, by the way. He was mad he said I needed to give him credit.”