Iqra Aziz lashes out at Mohsin Abbas Haider, after allegations of domestic abuse towards his wife

Raising your hand against a woman disqualifies you from being a man, wrote Iqra 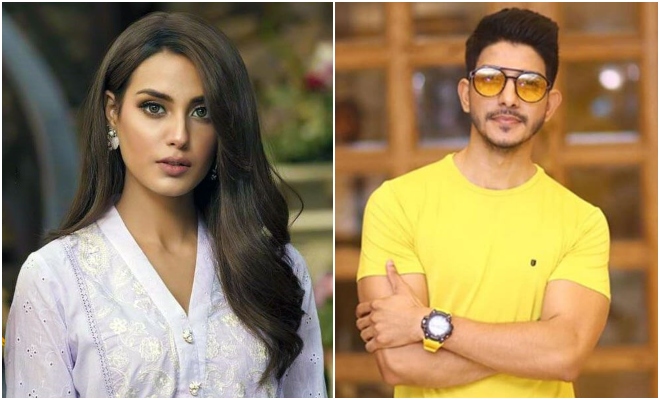 Mohsin Abbas Haider has now been booked for charges of domestic abuse and granted pre-arrest bail after his wife filed a complaint against him. Earlier this week, Fatima Sohail, Mohsin Abbas Haider’s wife, had taken to social media to let the world know of his violent nature and the physical abuse she had, had to bear at his hands.

The industry and the society together have decided to boycott Mohsin Abbas Haider for good and it seems, he’s losing friends and followers more than ever. The latest celebrity to lash out on Mohsin for domestic abuse is Iqra Aziz, who outright stated how raising a hand against a woman disqualified him from being a man. “Body building might make you a strong man but raising your hand against a woman disqualifies you from being a man. We do not want to hear what was on your mind neither your side of the story. Times Up,” wrote Iqra Aziz, stating how hitting a woman made a person less of a man in her eyes and that time was up for Mohsin Abbas Haider and his antics!