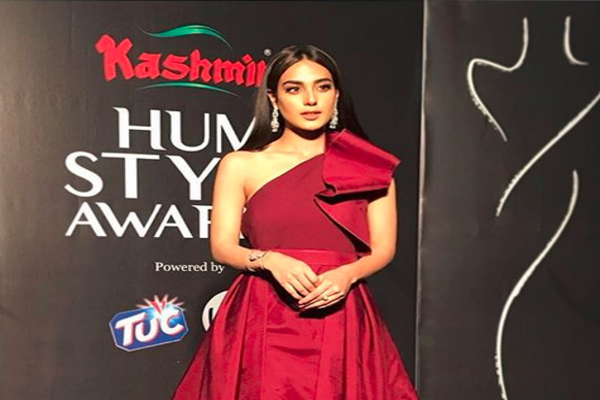 After being crowned, the most stylish actress on television at the Hum Style Awards 2018, Iqra Aziz took to social media penning down an emotional letter. She described her professional journey, captioning her award night photo on her Instagram. It is the first time that the actress has opened up about being bully, for being short in height (Iqra Aziz height) and how people have made comments about her physical appearance.

Actress wrote, “I remember being a kid and starting off on an ad-shoot for the first time back in 2014. From that to what I have achieved today at the age of 20 is a lot of hard work not just of mine but the entire team who takes up the charge of making me appear like a goddess on-screen and on red carpet. I want to thank my team and all the fans. But most importantly I want to emphasize on being yourself, that is what is style for me. Being in public eye, the first comment anybody has on me is ‘kitni chothi si hai’ which used to hurt me but imagine if Meryl Streep could be told that she isn’t ‘beautiful’ enough for Hollywood then who are we all to get affected. Stay headstrong, humble and ambitious. Love you all!

It was a star studded affair at the Hum Style Awards 2018 and actress Iqra Aziz was glittering part of it. She arrived at the red carpet looking gorgeous in red gown designed by Elan.

As the award night progressed, Iqra Aziz paired up with her partner Farhan Saeed, from hit drama series “Suna Chanda” and they both did set the stage on fire.

And  by now , we all have come to know that she was awarded this year’s most stylish female actor of the television.

tweet
Share on FacebookShare on TwitterShare on PinterestShare on Reddit
Saman SiddiquiSeptember 3, 2018
the authorSaman Siddiqui
Saman Siddiqui, A freelance journalist with a Master’s Degree in Mass Communication and MS in Peace and Conflict Studies. Associated with the media industry since 2006. Experience in various capacities including Program Host, Researcher, News Producer, Documentary Making, Voice Over, Content Writing Copy Editing, and Blogging, and currently associated with OyeYeah since 2018, working as an Editor.
All posts bySaman Siddiqui