The young star has finally gotten his break on television 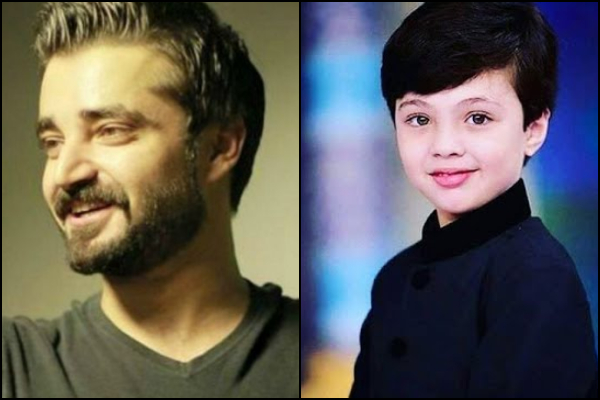 They say, like father, like son. But Iqrar ul Hassan’s cute and very intelligent son, Pehlaaj, isn’t really following into his father’s footsteps. Instead, this little one is all set to make an identity out for himself, on his own. Although very young, Pehlaaj’s intelligence and his keen sense of humor has been appreciated by all, after his few television appearances with Iqrar on his Ramzan transmissions. And now, this handsome little boy is all set for his big drama break.

Pehlaaj is all set to play the young Momin, aka Hamza Ali Abbasi, in upcoming drama serial Alif. The news was shared by Iqrar ul Hassan on his Twitter.

Hamza Ali Abbasi will be playing the lead in this Haseeb Hassan directorial and Pehlaaj portraying Momin’s youth will definitely mark an important part of the drama. With Pehlaaj’s intelligence and his attitude, which by the way, is full of spunk and confidence. We’re sure, he’ll portray Momin with conviction.

Alif has already been in news for its stellar cast that includes Hamza Ali Abbasi, Sajal Aly, Kubra Khan, Ahsan Khan, Sadaf Kanwal and Osman Khalid Butt amongst others. The drama, directed by Haseeb Hasan has been written by Umera Ahmed and is being directed by Samina Humayun Saeed and Sana Shahnawaz.