“In the shape of Tuba, I am giving a beautiful face to the industry," announced the televangelist 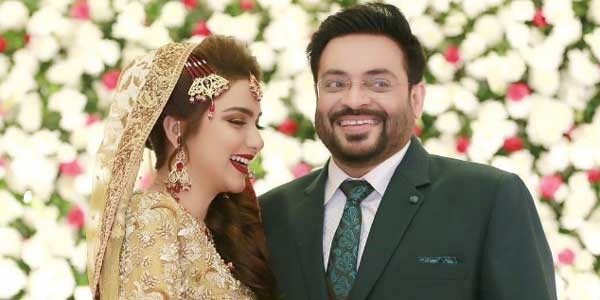 Aamir Liaquat Hussain has recently been causing a lot of stir on social media and otherwise. His interactions with his newly wedded second wife, Tuba Aamir, his stance about his first wife and other revelations that he recently made on television, are causing more of an uproar every where.

After his spiteful comments about his first wife, Aamir Liaquat also revealed how he intended to make a film for his second wife, Tuba.

Appearing on Sanam Baloch’s morning show, Aamir Liaquat rather announced, “In the shape of Tuba, I am giving a beautiful face to the industry,” consolidating the fact that his new wife indeed wanted to work in the industry.

Upon enquiring Aamir also revealed he had started producing a Netflix original film, where Tuba would be starring as the lead protagonist.

The televangelist also mentioned that he might star opposite his wife in the project and said, “If we are together in a film, there would obviously be not much requirement for censorship,” using his cringe-worthy humor. However, he quickly added that his film would be a family entertainer though.