According to the rumor mill churning news, Pakistani actor and heartthrob Hamza Ali Abbasi is finally set to tie the knot.

If things are to be believed,  which many publications claim to be true, Hamza Ali Abbasi will be getting married to Anaa famed actress Naimal Khawar on this Sunday. 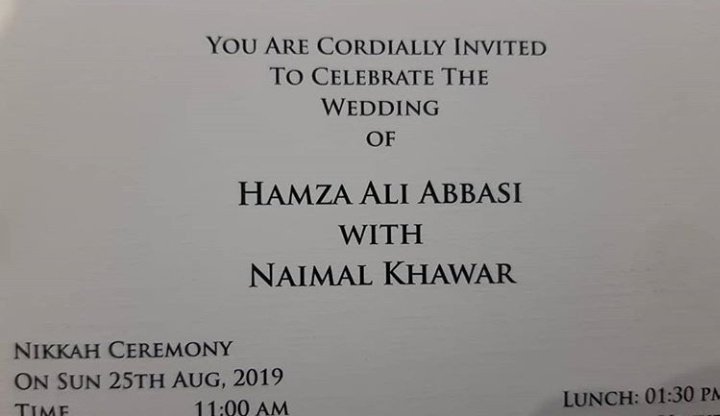 As per the card circulating on social media,  Hamza will wed Naimal on Sunday August 25th while the duo’s walima reception will take place on Monday, 26th August.

We’ve reached out to Hamza and Naimal for a comment, and will update as soon as it develops.