Noam Shuster-Eliassi has become a sensation on Arab social media, with some news outlets even reporting her tongue-in-cheek proposal as genuine. 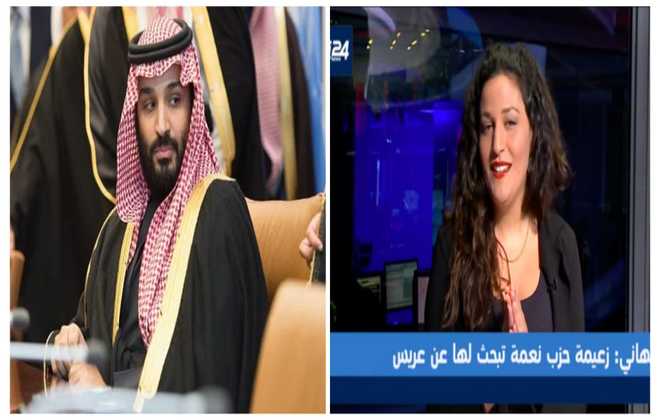 Noam Shuster-Eliassi, an Israeli comedian, joked in fluent Arabic that she would tie the knot with Saudi Crown Prince Mohammed bin Salman, commonly referred to as MBS, and it became an instant hit on Arab social media. She candidly referred to Israel’s once-secret relations with Saudi Arabia inching toward the public arena.

The joke, which was featured on Shuster-Eliassi’s weekly satirical spot in i24 News Arabic, lamented that “nobody likes a tall and strong girl,”

The unmarried 32-year-old entertainer, complained that her family was pressuring her to find a husband, who told her that any man would do, even a non-Jew.

Her comment circulated widely on the internet after Faisal al-Qassem, a well-known media personality in the Arab world, wrote a Facebook post about the unorthodox union. The joke was later picked up by BBC Arabic and Al-Jazeera.

And Here what Noam said about her joke which instantly proved to be a hot-button topic and the clip was featured in Egyptian, Qatari and Lebanese media, including BBC Arabic.

Comedian speculated that the faux proposal received so much media attention in the Arab world because it coincided with a US-led conference on the Middle East in Warsaw, which senior officials from Israel, Saudi Arabia, and other Arab states attended.

“The joke was that Saudi and Israel are already having secret meetings, so I asked for him to help me with being single and building my party,” she said.

“The timing with the Warsaw summit is what made it take off. I think the Arab world used it as ammunition to say something about what is happening and the narrow interests that are leading the region.”

According to various news reports, this joke initially went unnoticed in Israel, but it became a sensation in the Arab world, here is how social media reacted in response to the marriage proposal:
https://twitter.com/mbb7b5ApzRF7X77/status/1097931351771279360

After Coming from a strong activist background, the comedian works for a UN project aimed at integrating populations in Israeli society.