I’ve decided to retire & have my family: Nicki Minaj

The pop star has decided to take a rest! 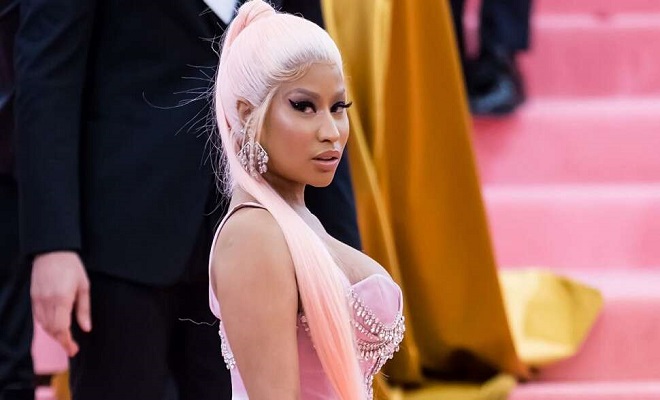 In a tweet on her Twitter handle, rapper Nicki Minaj has announced her retirement from the music industry stating she wanted to focus on her family. Nicki had been quite active in music the past summer and her announcement definitely came as a surprise for all her fans, making them contemplate if the tweet had another meaning to it or if it should have been translated as it was.

“I’ve decided to retire & have my family. I know you guys are happy now. To my fans, keep reppin me, do it til da death of me,” the singer wrote on her Twitter handle. 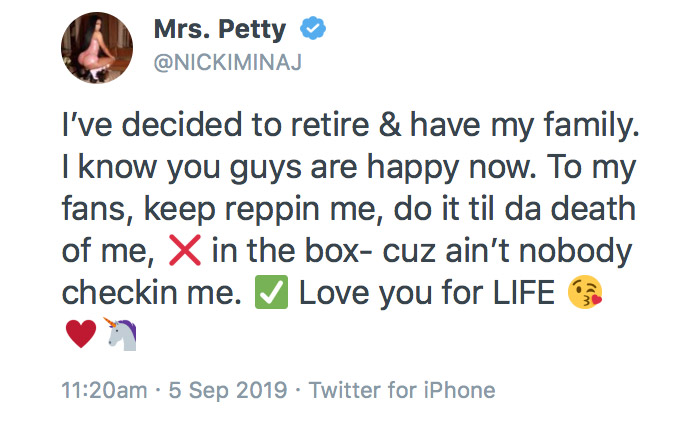 The 36-year-old rapper known for her hits like “Super Bass” is already engaged to music executive Kenneth Petty, and had hinted at a wedding in June. In August, Nicki also changed her Twitter name to Mrs. Petty but neither denied nor confirmed whether a wedding had taken place or not.

Of course her fans were devastated and took to their social media to tweet, question and express their sadness over Nicki’s announcement.

In another tweet, however, Minaj did address the emotions of her fans.

I’m still right here. Still madly in love with you guys & you know that. In hindsight, this should’ve been a Queen Radio discussion & it will be. I promise u guys will be happy. No guests, just us talking about everything. The tweet was abrupt & insensitive, I apologize babe ♥️🙏 https://t.co/eS0oHipwtg

While her fans sounded sad, Nicki promised that she’d address the entire issue on a radio show and talk to her fans directly about what she had planned for the future and whether or not she was retiring for good. Nicki also added that her tweet about retirement was abrupt and insensitive and that she apologized to her fans.