With Harry and Meghan chose as the guest of honor for LA premiere, reports suggest William, Kate's attendance in London's 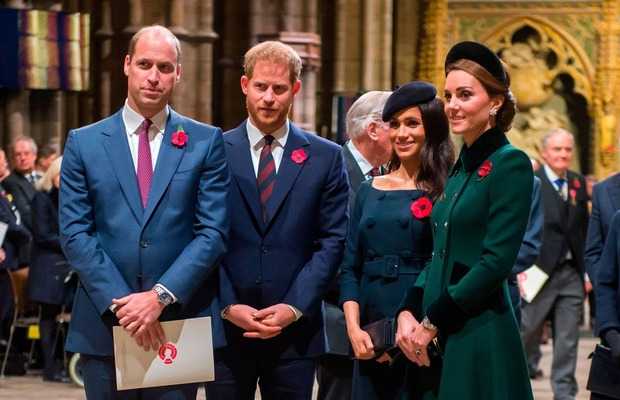 A lot has happened this year which began with the huge event of #Megxit as Prince Harry bid farewell to the royal family with wife Meghan Markle. At the time media reports suggested there was a rift between Harry and William, as the former did not consult over his decision with the older brother whom he was once very close to.

Expectedly, William and his wife Kate, whom Harry confided in before marrying Meghan were upset about the news coming as an unexpected shock to them. Soon after, the two brothers sort of emotionally disconnected and it was evident at a few times they were publicly seen together.

Looks like the world can brace themselves for another awkward situation as the premiere of the much-awaited James Bond film No Time to Die may bring the Sussexes and the Cambridges in front of each other.

If reports are to be believed then the makers of Daniel Craig’s last Bond movie have roped in Harry and Meghan as the guest of honor for the LA premiere to be held in November. On the same scale for London release, scheduled a week earlier, Kate and William are being considered.

“The team has recently adjusted the release date in the US to put it within a week of the UK’s — so they can have massive premieres in LA and London,” a source with the knowledge of the matter told an international publication.

“For the Hollywood premiere, they have signalled they want Harry and Meghan as guests of honour. It poses an interesting question over whether William and Kate will attend the London premiere,” the source added.