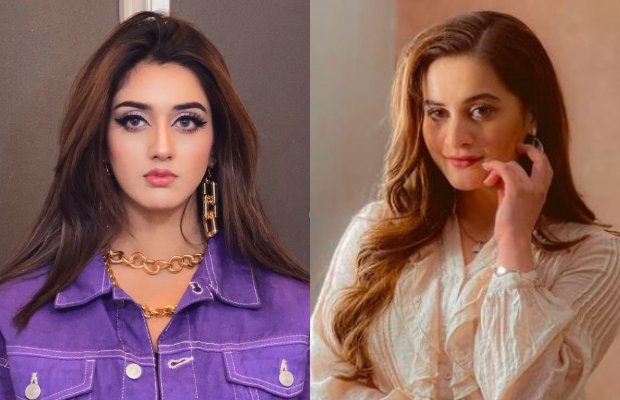 Jannat Mirza is clapping back at Aiman Khan for calling out her beauty routine!

A virtual spat between the two most followed social media celebrities of the country seems to be taking a nasty turn.

After Aiman Khan had called out TikToker Jannat Mirza over her makeup choice, the TikToker is hitting back at the actress.

It all started after actress Aiman Khan while making an appearance at the interview show ‘Voice Over Man’  hosted by renowned film director Wajahat Rauf.

During the raw yet courageous show, Aiman Khan ended up with a controversial comment about the celebrated Pakistani TikTok personality Jannat Mirza.

When she was asked by the host to provide her opinions regarding TikTok star Jannat Mirza and Aiman said that Jannat Mirza should wear less makeup.

Jannat Mirza was quick to respond to  Aiman Khan’s statement.

The social media star took to her Instagram handle and uploaded a video during which she has responded to Aiman’s comments.

Jannat captioned her video which stated: “When someone with a lot of makeup and surgeries on her face tells you to not put on much makeup.”

Last year in June Jannat Mirza slammed veteran actress, Bushra Ansari for calling her ‘Jahil’, after a post of hers disrespecting a Cross sign, the Christianity symbol circulated on social media.