She is also the first Pakistani TikToker to gain 10 million followers on the application. 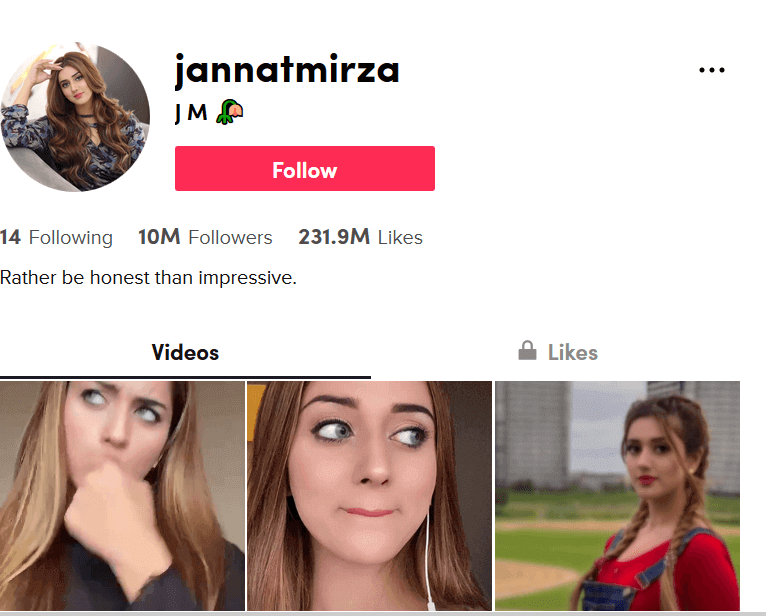 Jannat, who is currently studying in Japan, took to social media to celebrate this milestone.

“Am I dreaming? 10 million followers. Never imagined my passion would bring me here. Alhamdulillah, when you’re not envious of others, you eventually get the fruit of it,” she posted on her Instagram storyza.

“Thank you so much, everyone, if I’m here today it is only because of you, I love you all. Nothing without you, thanks a lot for supporting me”, she added. 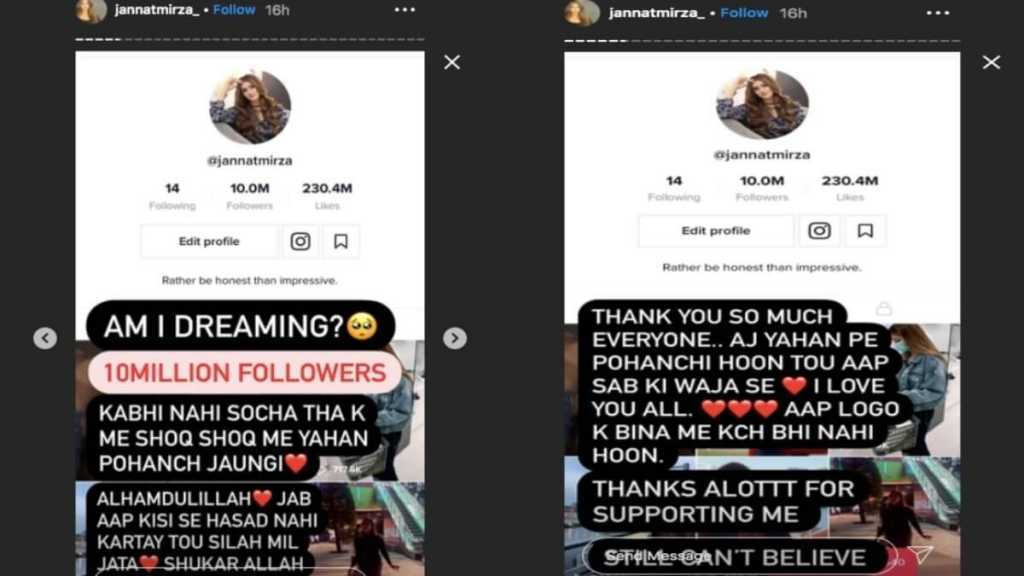 The 20-year-old hailing from Faisalabad made her music video debut in Sarmad Qadeer’s track, ‘Shayar’.

Jannat will soon be making her film debut too.  It was reported last year that  Jannat will be staring in a Punjabi film helmed by Syed Noor.

However, there hasn’t been any latest update about the film yet and it seems like the starlet has also no plans for returning from Japan, as per her Insta post.