He is certainly not pleased with the death scene of his characters’ on-screen wife Daenerys Targaryen. 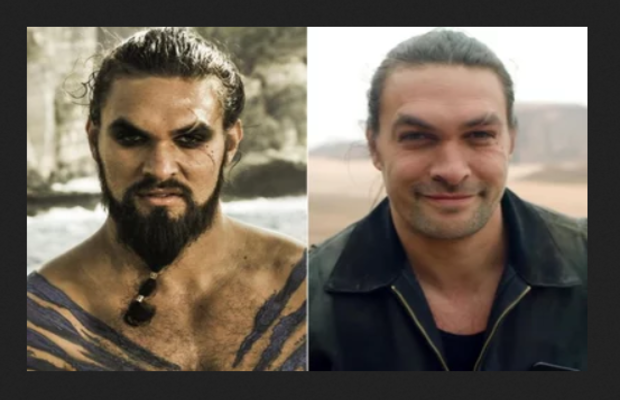 The series finale of Game of Thrones which aired last Sunday has left many fans heartbroken all around the world, including Jason Momoa aka Khal Drogo.

Jason Momoa, who played Khal Drogo in Game of Thrones season 1, posted his reaction of watching the series finale. These stories showed that when he found out about Khaleesi’s death, he wasn’t much pleased.

The actor took to his Instagram account and posted his reaction while watching the episode in his Insta stories.

Though the Insta stories have disappeared after 24hrs, some of his fans have recorded his reactions and have shared those stories on their Twitter accounts.

In these videos, Jason can be heard growling and using the F-word couple of times in reaction to the events of the series finale episode.

So just like millions of GOT fans who even signed an online petition to remake the Game of Thrones final season, Jason too is unhappy with the turn of events in GoT’s final.

tweet
Share on FacebookShare on TwitterShare on PinterestShare on Reddit
Saman SiddiquiMay 25, 2019
the authorSaman Siddiqui
Saman Siddiqui, A freelance journalist with a Master’s Degree in Mass Communication and MS in Peace and Conflict Studies. Associated with the media industry since 2006. Experience in various capacities including Program Host, Researcher, News Producer, Documentary Making, Voice Over, Content Writing Copy Editing, and Blogging, and currently associated with OyeYeah since 2018, working as an Editor.
All posts bySaman Siddiqui