The beautiful bond Jemima Goldsmith and Pakistan’s current Prime Minister Imran Khan share is no secret. Even after their divorce the two share an amiable relationship with each other, with Jemima seen cheering for Imran on all fronts.

Imran Khan re-married twice after his divorce with Jemima, but it seems people have not been able to forget their eternal Bhabhi Jee and they still want them together.

Recently, Jemima shared a screenshot on her Twitter where she tweeted about the ongoing Brexit issue in UK and a tweep in the middle of serious discussion asked Jemima about her feelings for Imran Khan. 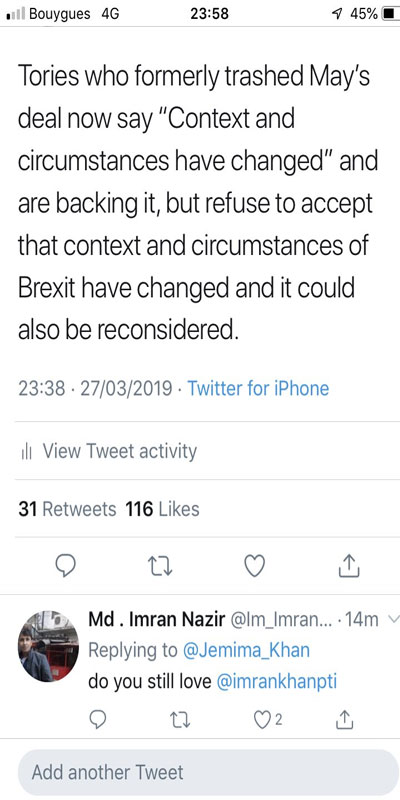 The reply in question here,  did not make surprise Jemima as she said it was a common question asked to her.

“This is always going to be the first reply to every tweet for the rest of my life until I’m dead,” shared a good natured Jemima. And although she didn’t specify whether she had feelings for Imran or not, we all love her for the woman she is. 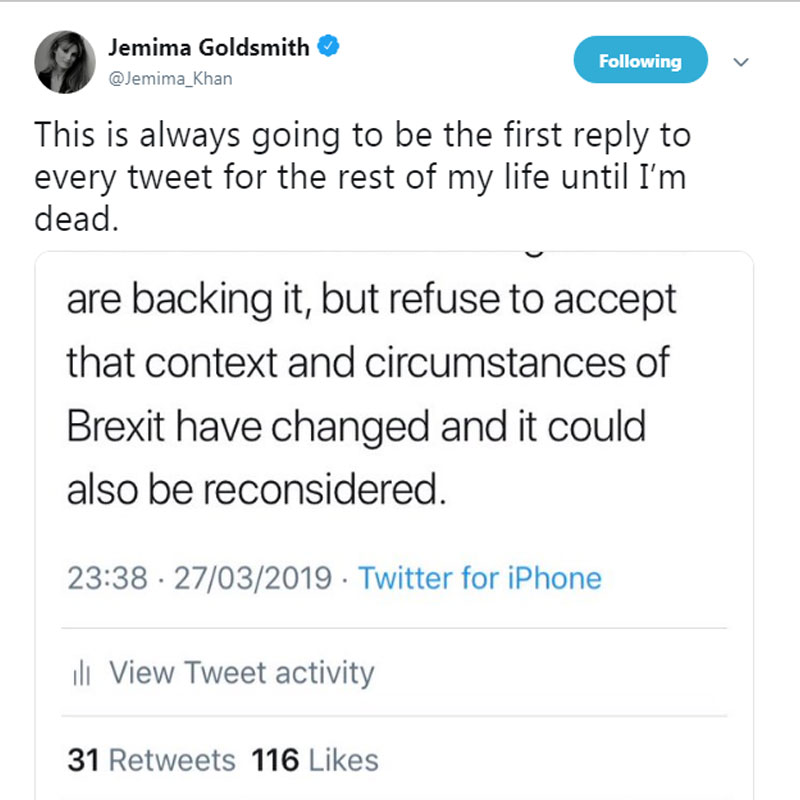 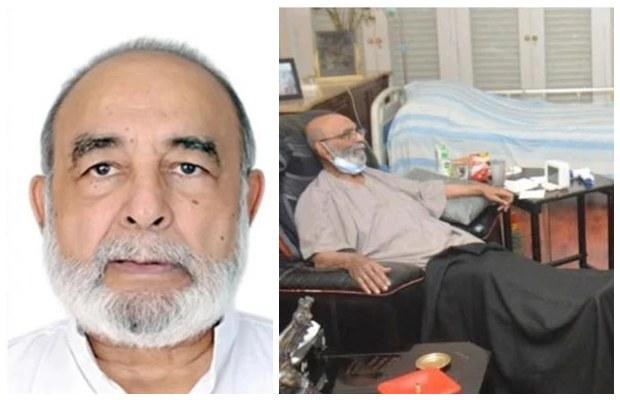