Jemima retorts to a question about her feelings for Imran Khan, one more time!

"Have you ever cried badly for imran khan?" asked a Twitter user 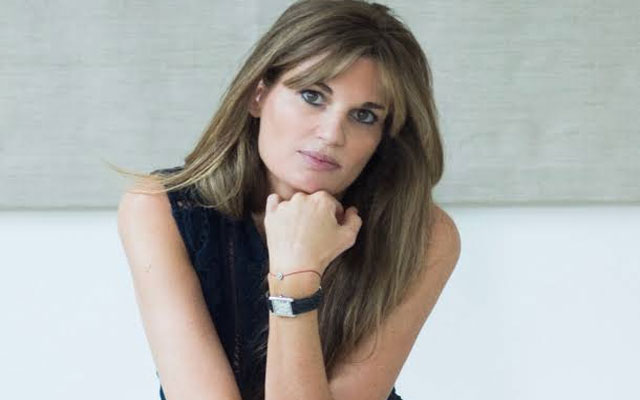 Jemima retorts to a question about her feelings for Imran Khan, once again - OyeYeah
1Share
229Views

Former wife of Prime Minister Imran Khan, Jemima Goldsmith, is still ruling the hearts of Pakistanis. Even after her separation from former cricket hero, people still love and did not forget her.

The beautiful bond Jemima Goldsmith and Pakistan’s current PM share is no secret. Even after their divorce the two share an amiable relationship with each other, with Jemima seen cheering for Imran on all fronts.

That seems to be a major reason why Pakistanis like and respond to everything she posts on Twitter.  Even if the post is not related to Pakistan, Jemima always get intense attention online.

PM Khan re-married twice after his divorce with Jemima, but it seems people have not been able to forget their eternal Bhabhi Jee.  They still want them together.

Her followers from the South Asian country cannot help asking Jemima about her  feelings towards the current Pakistani PM.

Earlier this year, Jemima shared a screenshot on her Twitter where she tweeted about the ongoing Brexit issue in UK. In the middle of serious discussion, a tweep asked Jemima about her feelings for the former cricketer Imran Khan.

This is always going to be the first reply to every tweet for the rest of my life until I’m dead. pic.twitter.com/T5EPODO2zS

The British journalist yet again put smiles on many faces.  Once again, she found  a similar question under her tweet  which she had sent out about UK Conservative Party

“Have you ever cried badly for imran khan??,” asked a Twitter user out  of nowhere. The question did not make surprise Jemima as she said it was a common question she was asked.

But this time Jemima’s response was just “Wow” while she retweeted the question.

Earlier this month, she was seen in a hilarious banter on her tweets over the hypothetical-yet-witty remarks of Jamiat Ulema e Islam-Fazl (JUI-F) leader Mufti Kifayatullah for calling ‘WikiLeaks’ her cousin.