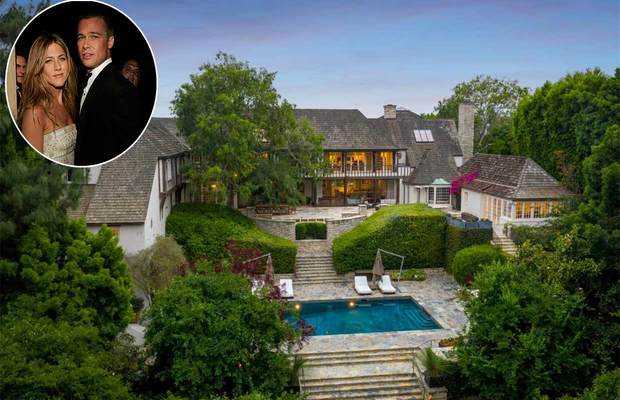 The house which Hollywood’s power couple Jennifer Aniston and Brad Pitt resided in during their marriage, has been sold off for $32.5 million.

The Tudor-style house, referred to as Love Nest, was earlier sold by the couple for $28 million after their divorce in 2005.

Boasting over five bedrooms, a tennis court, a swimming pool with lush green lawn, the 12,000 square foot mansion was priced at a hefty $56 million. It was then listed for $44.5 million before it got sold last week.

Jennifer and Brad renovated and expanded the house during their stay from 2000 to 2005. It was after their divorce, the property became a prime attraction as the house of Hollywood’s most sought after couple.

Flaunting “half-timbering and white-painted brickwork, a rotunda entry, a contemporary kitchen, two wet bars, a screening room with five bedrooms and 13 bathrooms” the house till date remains one of the most expensive properties in L.A.