Jennifer Lopez and Alex Rodriguez are still a couple

Rodriguez and Lopez have been in a relationship since 2017 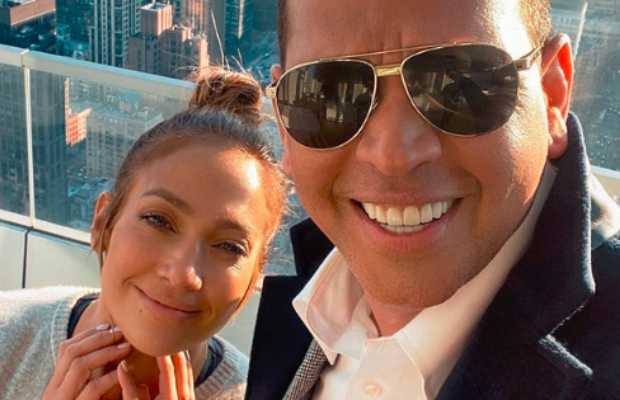 Jennifer Lopez and Alex Rodriguez are still a couple as per the latest development.

However, there were news reports on Friday that their love story has come to an end and the celebrity couple has called off their engagement after two years.

According to a Hollywood source, it was J.Lo who decided to end things for a variety of reasons.

Jennifer, previously told Elle that they were not in a rush to say “I do.”

As she told the publication, “We postponed the wedding twice. We had planned what we really, really wanted to do, [but] I don’t know if we’ll be able to re-create that. We canceled it, and since then, we haven’t really talked about it.”

While the former MBA player is also known as “A-Rod”,  shared on The Tonight Show Starring Jimmy Fallon, “You know we tried twice in 2020. We got bit twice by COVID-19,” adding, “You know, they say third time’s a charm, so let’s hope it’s what we want to hear.”

However, according to CNN’s latest report, Jennifer Lopez and Alex Rodriguez say they are still together!

the couple has released a statement to CNN Saturday morning through their representative clarifying that they remain in a relationship and are “working through some things.”
The statement comes after CNN, citing a source close to the couple, and other news organizations reported Friday that the couple had broken up.
A representative for the couple in a statement has admitted that they are still engaged.
According to the reports, the couple was due to tie the knot this summer however the plans were affected due to pandemic.
For Lopez, it will be her fourth marriage, who divorced singer Marc Anthony in 2014, and the second for Rodriguez, who has been divorced since 2008.
tweet
Share on FacebookShare on TwitterShare on PinterestShare on Reddit
Saman SiddiquiMarch 14, 2021
the authorSaman Siddiqui
Saman Siddiqui, A freelance journalist with a Master’s Degree in Mass Communication and MS in Peace and Conflict Studies. Associated with the media industry since 2006. Experience in various capacities including Program Host, Researcher, News Producer, Documentary Making, Voice Over, Content Writing Copy Editing, and Blogging, and currently associated with OyeYeah since 2018, working as an Editor.
All posts bySaman Siddiqui