Joe Jonas is A Proud Husband and Here’s Why

Joe congratulated his wife with a heartfelt wish. 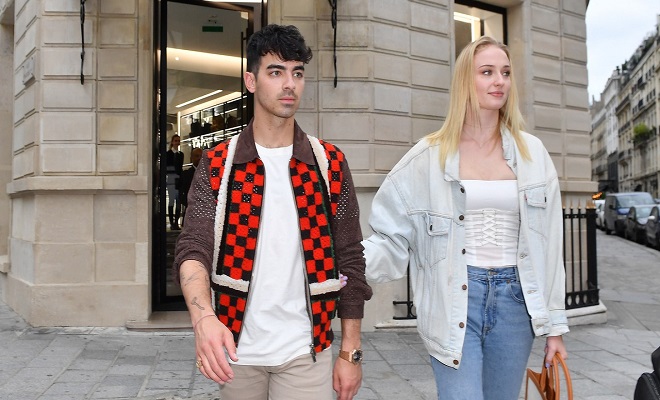 Joe Jonas recently got married to longtime girlfriend Sophie Turner and as the couple celebrated their honeymoon in Maldives, a good news reached them. While Sophie is herself stoked, her husband Joe is prouder of his wife’s Emmy nomination.

Taking it to Instagram, Joe congratulated his wife with a heartfelt wish. 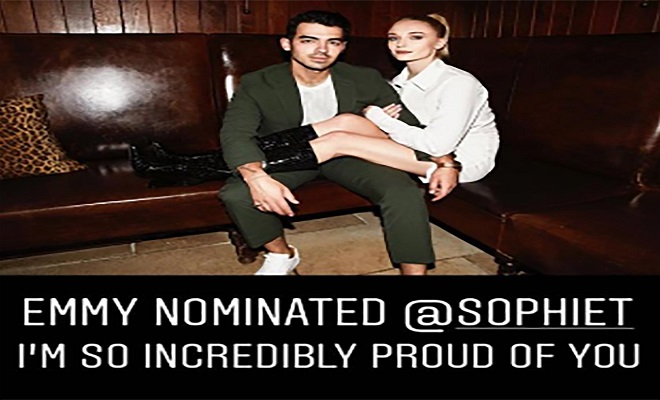 “Emmy nominated @sophiet I’m so incredibly proud of you,” said Jonas who felt no shame is sharing with the world his proud husband moment.

In addition to Sophie’s Emmy nomination, there are 32 other nominations for her show Game of Thrones. She’ll be competing alongside her BFF Maisie Williams and antagonist of the show Lena Headey in Best Supporting Actress category. Joe of course wishes his woman to win the award and add to the 47 Emmys GOT has under its belt.

Currently Joe and Sophie are vacationing in Maldives, and from the snaps on their social media, the couple looks like having the best time of their lives. Sophie even more so!