John Cena is being called 'pathetic' for apologizing to China over the Taiwan remark. 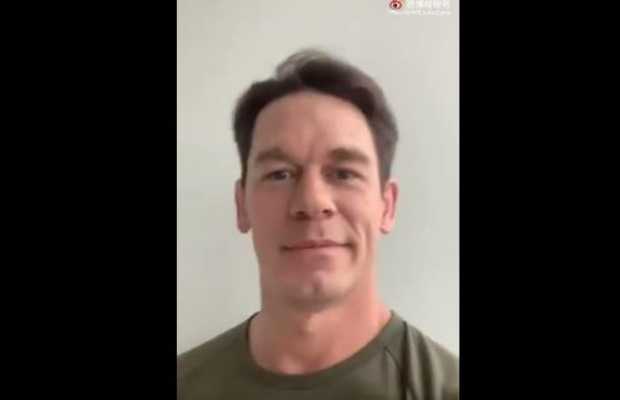 US wrestling superstar turned actor John Cena had called Taiwan a country during an interview to promote his latest Hollywood film “Fast & Furious 9”.

F9 star while speaking to Taiwanese television TVBS earlier this month said that Taiwan would be the first “country” to see the latest Fast and Furious.

China regards Taiwan as its province, an assertion that most of the self-ruled, democratic island rejects.

A 68-second clip was posted to Weibo, a Chinese social media platform, a Twitter-like microblog that is popular in China.

Per popular request, here's Mr. John Cena's apology video with English subtitles. I kept all the incoherence in the video, as well as the curious absence of what he's actually apologizing for pic.twitter.com/WmJlRcyOID

By doing so, 44-year-old  Cena has joined a long list of international celebrities who have incurred the wrath of an increasingly nationalistic Chinese public over their comments about Taiwan, Hong Kong or Xinjiang.

Meanwhile, the apology by the US star has drawn a lot of criticism in his country.

Yeah, John, you were correct. On your bowing to the Chinese Communist Party… I don’t see you!

We must stand with Taiwan and for freedom.https://t.co/e5mqrmz47p

Taiwan is a country – and a democracy. You just apologized to a dictatorship. https://t.co/rBx50uQgF6

Cena should be asked on his little movie promotion junket if he accepts or rejects the US State Department’s conclusion that China is engaged in genocide against ethnic and religious minorities of color in Xinjiang. So should LeBron, for that matter. https://t.co/7lLhlkOZnR

John Cena is being called ‘pathetic’ for apologizing to China over the Taiwan remark.

Meanwhile, China’s foreign ministry spokesman Zhao Lijian in response said that criticism of Cena in the United States did not make sense.

tweet
Share on FacebookShare on TwitterShare on PinterestShare on Reddit
Saman SiddiquiMay 26, 2021
the authorSaman Siddiqui
Saman Siddiqui, A freelance journalist with a Master’s Degree in Mass Communication and MS in Peace and Conflict Studies. Associated with the media industry since 2006. Experience in various capacities including Program Host, Researcher, News Producer, Documentary Making, Voice Over, Content Writing Copy Editing, and Blogging, and currently associated with OyeYeah since 2018, working as an Editor.
All posts bySaman Siddiqui