Stewart stated that Trump's opponent and Democratic nominee Joe Biden is the right choice for the US right now, in contrast to the 'meth-headed Nixon' who is mongering hate. 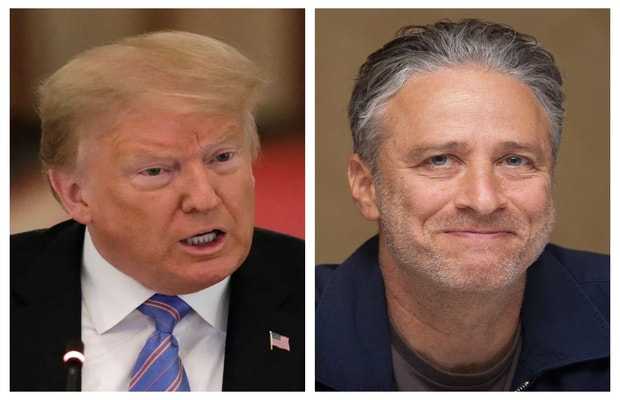 US presidential elections are right around the corner in November, and while President Donald Trump is excessively campaigning it looks like big celebrities are absolutely averted by the POTUS. The latest of Americans to bash Trump on television is comedian and show host Jon Stewart.

“I think we need a leader right now of humility. We certainly have the antithesis of that. Right now we have a president who professes that he loves America, but apparently hates about 53% of the people living in it. I think we need a break,” said Stewart while talking on The View.

Adding, Stewart stated that Trump’s opponent and Democratic nominee Joe Biden is the right choice for the US right now, in contrast to the ‘meth-headed Nixon’ who is mongering hate.

“He’s going to be meth-head Nixon. Like, it’s going to be Southern strategy, all fear-mongering. I mean, you see it right now. He’s basically just sitting in his basement tweeting out fear-based trolling videos,” said the former host of the Daily Show.

“This guy’s exhausting. When you talk about the pandemic and all the challenges we face, I think the greatest agent of chaos in this country today is the president, which is bananas,” Stewart had to say about the POTUS.