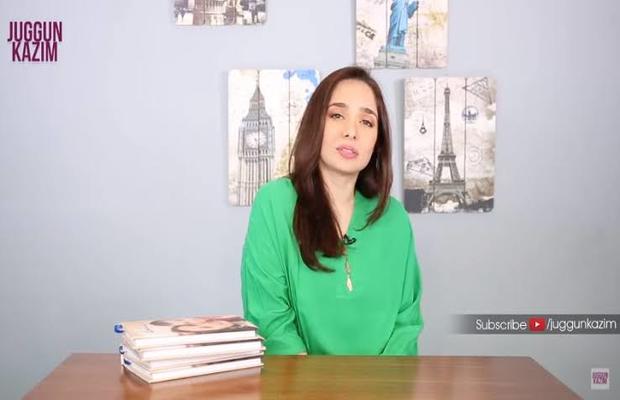 Acclaimed actress turned host Juggun Kazim who had been long associated with PTV’s morning show “Honestly Speaking With Juggun Kazim” has finally bid farewell to the state channel. Moving on to Channel 24, the Vasl actress would now be conducting morning show on the new platform.

Read More : Hold on guys! What if Iqra Aziz and Ahmed Ali Akbar are pairing up for something really exciting?

“PTV was like a home to me & I will always respect it as my mother institution,” said Juggun on her Twitter as she announced the news.

Later on, she also uploaded a video on her YouTube channel to further shed light on her plans.

“I have spent more than eight years on PTV, they have been really kind. The only issue I was facing was that I was getting stuck in a rut. It was becoming a routine that was stagnant and boring, not for just myself but the viewers. Not just that, because PTV is a state channel I had a decorum to maintain. I couldn’t talk about a lot of stuff,” said Juggun.

PTV was like a home to me & I will always respect it as my mother institution. Why did I #juggunkazim leave PTV? Where I am working now?
Watch the full video at 8pm.
Subscribe to my YouTube channel: https://t.co/pVMjSgTluX #Juggunsays #JuggunKazim #Channel24 #24newshd @24NewsHD pic.twitter.com/BEdtlgOFIo

She added, “PTV has been good to me, they even renewed my contract and paid me the money beforehand, but I had more in mind and more to offer and for that reason, I had to move on to another channel.”

Juggun’s upcoming morning show Juggun at 9 will air from Monday to Friday, and her fans are excited to see their host with new content. Earlier, Juggun has been morning show host for Dawn and Vibe TV.