‘Radiation is Extremely Harmful’, she says 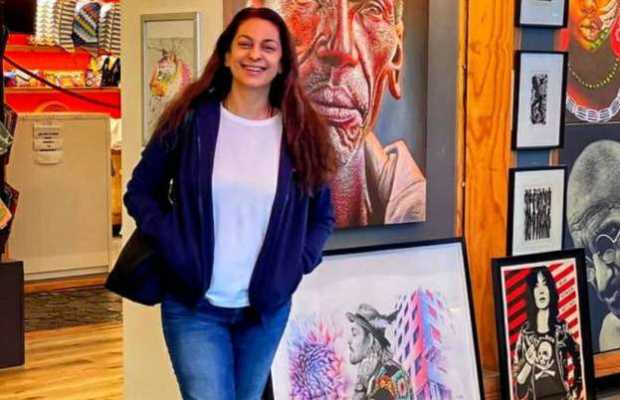 Bollywood actress Juhi Chawla has filed a suit against the implementation of 5G in India at the Delhi High Court.

As being reported, Justice C Hari Shankar, before whom the matter came up for hearing, transferred the suit to another bench for hearing on June 2.

The actress turned environmentalist who’s been raising awareness about various social causes through her platform, in her filed petition that said that exposure to RF radiation due to 5G will have serious, irreversible effects on humans and animals.

She also added that while she is not against technology and uses it as well, she feels that it’s important to address the problems it causes to the environment.

An official statement shared by Juhi’s spokesperson reads: “The present suit is being instituted in order to seek a direction from this Hon’ble court to the arrayed Defendants, to certify to us and, therefore, to the public at large, that 5G technology is safe to humankind, man, woman, adult, child, infant, animals and every type of organisms, to flora, to fauna, and in support thereof, to produce their respective studies regarding RF radiation through mobile cell towers, and if not already conducted, to also conduct an efficient research, and without the participation of private interest, and to subsequently furnish the report and declare whether or not the implementation of 5G in India would be safe, keeping un regards the health and safety of the present and future citizenry on India, including little children and infants, as well as infants of generations to come.”

Earlier, in an interview with a news agency, the 52-year-old actress had said the government is implementing 5G mobile technology for better speed and network but is “blatantly ignoring” the harmful effects of radiation on human health.

“Various international scientists are against the introduction of 5G and there are studies that indicate harmful effect (of radiation) on health. This is a matter of concern,” she was quoted as saying by the news agency.

tweet
Share on FacebookShare on TwitterShare on PinterestShare on Reddit
Saman SiddiquiMay 31, 2021
the authorSaman Siddiqui
Saman Siddiqui, A freelance journalist with a Master’s Degree in Mass Communication and MS in Peace and Conflict Studies. Associated with the media industry since 2006. Experience in various capacities including Program Host, Researcher, News Producer, Documentary Making, Voice Over, Content Writing Copy Editing, and Blogging, and currently associated with OyeYeah since 2018, working as an Editor.
All posts bySaman Siddiqui