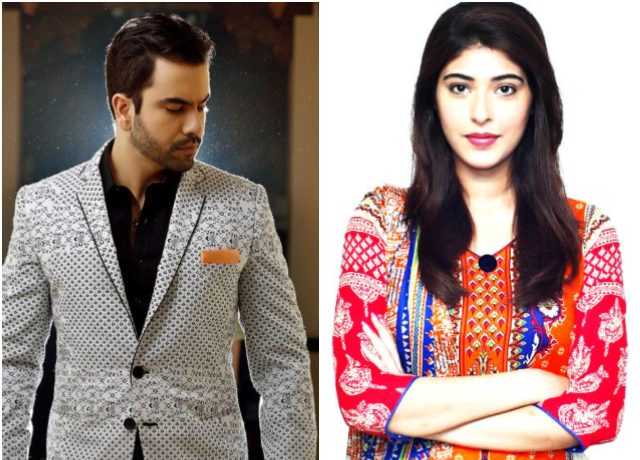 One hit drama after another, Junaid Khan, the lead vocalist of Call the band, is not only our favorite singer, but now our favorite actor as well. His suave style and passion for acting ensures Junaid delves deep into each character that he chooses to play. Be it Mehraab of Ishq Tamasha, Moonis of Khasara or Talal of Sun Yara, Junaid Khan has left a mark on all his audience.

Junaid Khan’s pairing with the young and vibrant Sonia Mishal is being loved in their currently on air drama Khasara while Khan plays a happily married, not rich but content husband, while Sonia plays a shrewish wife who wants more from life. The duo share wonderful chemistry onscreen and that will only double the fun in the upcoming project the two are doing together.

Directed by Babar Qayyum and based on a script by Samina Nazir, Junaid Khan will be pairing up with Sonia Mishal once again for TVOne’s next project.

Talking to OY, here’s what Junaid Khan had to share about his upcoming project which has a working title for the time being. “I play this young, very loud and vocal guy named Ahad in the drama. In fact the reason for signing this play was the fact that Ahad is very much different from what I have done before. Ahad is loud when it comes to his emotions and he is a complete loser in love. This boyish character has been a challenge for me to perform as it is out of my comfort zone completely. ”

Adding further about the storyline of the play, Junaid shares, “Ahad, who as I said is a loser when it comes to love, is in love with his cousin played by Sonia Mishal. He likes her a lot but he is somehow not accepted by the girl because there are family issues. Then comes in Asad Siddiqui who attracts the girl and that is how a triangle builds and the story progresses.”

While Junaid Khan, Sonia Mishal play the protagonists, Asad Siddiqui will have a negative shade to his character. Atiqa Odho will be playing Junaid Khan’s mother, while Usman Peerzada will take upon the role of Sonia Mishal’s father.

About the reason he said yes to the play, Junaid Khan mentions about his very smooth equation with the production house under Erum Shahid. “We’ve worked on Silsilay before and it has been a wonderful experience. Moreover, this particular character allows me a margin to perform. He’s soft hearted, yet very loud. And so I am looking forward to this drama more than ever.”

The shoot for this untitled project has begun and is slated to go on air on TVOne later this year and we being diehard Junaid Khan fans, are eagerly looking forward to this one as well.