As per its annual tradition, the search engine giant, Google, has released its “Year In Search” list all over. The list includes people, topics, events and places that garnered the most attention from all over the world.

Jussie was followed by Kevin Hart, Felicity Huffman, and Lori Loughlin respectively on the second, third and fourth place. Kevin Hart owes the position to the brutal car crash he was involved in and Huffman and Loughlin’s notorious college scandal took the US by storm.

Here is Google’s complete Year in the Search list for the top most searched celebrity in the US. 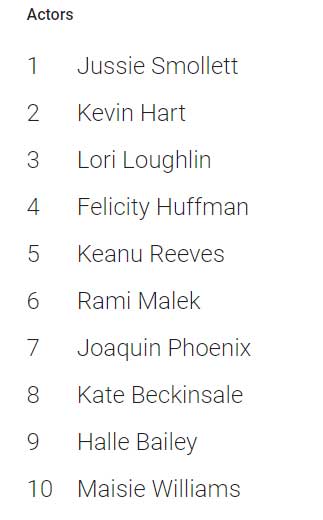