In the alleged clip, obtained by Daily Mail, the couple is heard discussing numerous arguments and Heard admits to "hitting" Depp and pelting him with pots and pans during one violent altercation. 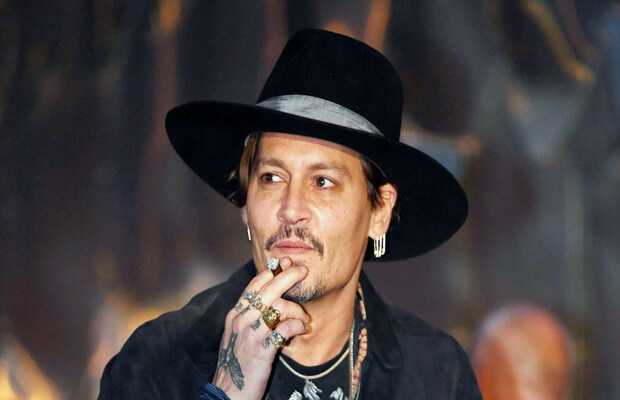 The hashtag #JusticeForJohnnyDepp has been trending on Twitter as fans expressed support for the actor. It comes after the revelation via a leaked audio recording in which Amber Heard, Depp’s ex-wife admits of hitting him.

Reportedly, an alleged audio recording obtained by the Daily Mail, said to be recorded during a conversation the pair had to talk through their marriage problems in 2015 appears to lend credence to Depp’s version of events.

The former celebrity couple made into international headlines, as they accused each other of domestic violence in legal documents after Depp filed a $50 million lawsuit, saying that Heard defamed him after the Aquaman star published an op-ed in The Washington Post.

According to the Associated Press report, Although Heard, 33, didn’t mention 56-year-old Depp by name, the actor claimed it was clear she was talking about him. The lawsuit said Depp had suffered financial losses and his career has suffered as a result of the accusations, including being dropped from the Pirates of the Caribbean film franchise.

Amber Heard, since then, has managed to provide evidence to support her allegations of abuse in court filings, including photos of her with bruises on her face and scars on her arms.

While Depp has denied the abuse and claiming it was Heard who was abusive toward him during their marriage.

In the alleged clip, obtained by Daily Mail, the couple is heard discussing numerous arguments and Heard admits to “hitting” Depp and pelting him with pots and pans during one violent altercation.

“It’s not true. It’s not true. I’m not the one who throws pots and whatever the f***ing else at me,” Depp replied after Heard claimed he took her for granted.

Later, Heard denied punching Depp but conceded she had hit him.

“I’m sorry that I didn’t, uh, uh, hit you across the face in a proper slap, but I was hitting you, it was not punching you. Babe, you’re not punched,” she said.

“I don’t know what the motion of my actual hand was, but you’re fine, I did not hurt you, I did not punch you, I was hitting you.”

And as soon as the news of this audio clip went public, here is how people showing their support for Johnny Depp:

I just listened to the two audio files, I’m gobsmacked that a woman would make false claims about ANY kind of abuse. This set us back years and it makes it that much harder to report real assaults and have people believe victims when things like this happen. #JusticeForJohnnyDepp

Amber Heard's lies have hurt women who are actual abuse survivors. People who don't believe the women will say "Look at what happened to Johnny Depp". The whole thing is terrible. Hope Amber pays and Johnny gets justice. This is why victims need support. #JusticeForJohnnyDepp

johnny depp
july 2016
(2 mos after being called an "abuser" to the world…BY HIS ABUSER.)