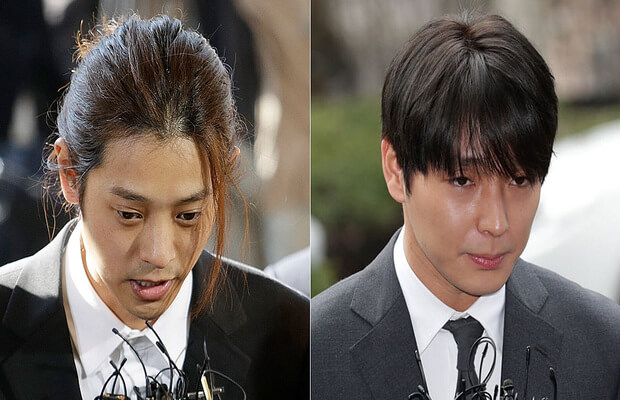 A court on Friday in South Korea found the two K-pop stars guilty of illicit sexual relations with a woman who was unable to resist and sentenced them to up to six years in prison.

Furthermore, Jung was additionally convicted of filming sex videos of women against their will and sharing them with friends in a group chat.

Both of them were members of online chat groups that shared secret sex tapes and made jokes about drugging and raping women, the Seoul Central District Court said.

According to the court’s statement, they were convicted of committing “special quasi-raping,” which it said means multiple people collaborating to have illicit sexual intercourse with a person who was unconscious or unable to resist.

“The defendants are well-known celebrities and friends, but the chat they’ve had showed that they simply considered women as objects of sexual pleasure, and committed crimes that were extremely serious,” Judge Kang Seong-soo said as he handed down the verdict.

According to the court, they have one week to appeal. The court also ordered the two men to undergo 80 hours of sex offender treatment programs.

Another K-Pop star is also on trial over accusations he paid for prostitutes for foreign businessmen to drum up investment in his business.  Lee Seung-Hyun who is the former member of the K-pop group Big Bang better known by the stage name Seungri.

With the wholesome looks and increasing global fan base, the K-Pop and entertainment industry stardom has been successfully introduced to the world. But the recent revelations by the South Korean pop stars have sent shock waves all around the entertainment world.