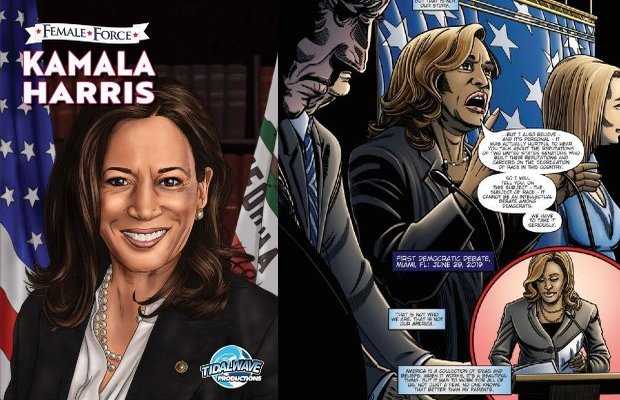 Talk about cool birthday gifts and Kamala Harris takes the cake for being the coolest! This year around just as the biracial Democratic nominee for Vice President will turn 56, a comic book featuring her life will be out in the market.

Kamala is “full of grit and determination” and her “no-nonsense approach and bi-racial heritage have made her a popular member of the Democratic party” the publisher of the book is quoted by a newspaper.

“There was a little girl in California who was a part of the second class to integrate her public school, and she was bused to school every day. And that little girl was me,” Kamala says in the book.

Born to Indian biologist Shyamala Gopalan and Jamaican economics teacher Donald Harris, Kamala is the first Asian-American US Senator and only the second African-American female to hold the position. She’s also the first-ever female of color to run for the highest US office as the vice.

Circling Kamala’s journey from birth to schooling years to her entry into politics and then almost becoming the VP, the comic book will be out on October 21, a day after Kamala’s birthday.