Kangana Ranaut expresses her jingoism, ‘destruction of Pakistan’ is the focus now

She has been a diehard Modi’s fan, favours ban put on Pakistani artist to work in India. 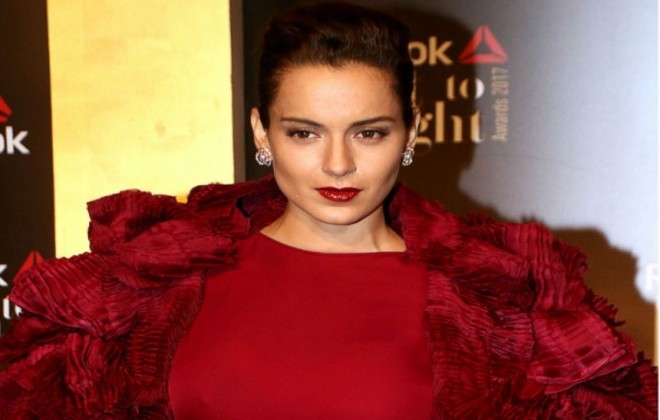 It is not for the first time any security lapse which results in casualties in India, blame is directed towards Pakistan. Same started to happen after Pulwama attack, India is leaving no stone unturned to accuse Pakistan on various levels.

When it comes to entertainment fraternity, the nationalist card is always beneficial for the Indian stars. Bollywood star Kangana Ranaut is never late to accuse Pakistan. It was last year in March while speaking at an event Kangana disclosed of being  Modi’s fan and spoke in favor of the ban put on Pakistani artists.

After this recent Pulwama attack which happened in the Indian occupied Kashmir reign, Kangana wasn’t the first one to blame Pakistan.

While speaking to a publication, Kangana not just blames Pakistan but says ‘destruction is now just the focus’.

Kangana said, “Pakistan has not only violated our nation’s security, [but] they have also attacked our dignity by openly threatening and humiliating us. We need to take decisive actions or else our silence will be misunderstood for our cowardice. Bharat is bleeding today”.

She further said, “Killing of our sons is like a dagger in our gut, anyone who lectures about non-violence and peace at this time should be painted black, put on a donkey and slapped by everyone on the streets.”

On the other hand, veteran Bollywood artists Javed Akhtar and Shabana Azmi also came under Kangana’s criticism for

She also came Bashing the Javed Akhtar and Shabana Azmi for accepting the invite by Karachi Arts Council to attend a two-day literature event. The duo had canceled their trip to Karachi, a day after the Pulwama attack took place.

She questioned the duo why they accepted the invitation in the first place and organize the event in Karachi when Pakistani artists have been banned.

“People like Shabana Azmi calling for a halt on the cultural exchange, they are the ones who promote Bharat Tere Tukde Honge gangs [India will be in pieces], why did they organize an event in Karachi when Pakistani artistes have been banned after Uri attacks? And now they are trying to save face? The film industry is full of such anti-nationals who boost enemies’ morals in many ways, but right now is the time to focus on decisive actions. Pakistan ban is not the focus, Pakistan destruction is,” Kangana said.

tweet
Share on FacebookShare on TwitterShare on PinterestShare on Reddit
Saman SiddiquiFebruary 16, 2019
the authorSaman Siddiqui
Saman Siddiqui, A freelance journalist with a Master’s Degree in Mass Communication and MS in Peace and Conflict Studies. Associated with the media industry since 2006. Experience in various capacities including Program Host, Researcher, News Producer, Documentary Making, Voice Over, Content Writing Copy Editing, and Blogging, and currently associated with OyeYeah since 2018, working as an Editor.
All posts bySaman Siddiqui