Kareena Kapoor all praises for Ranbir Kapoor and Ranveer Singh! 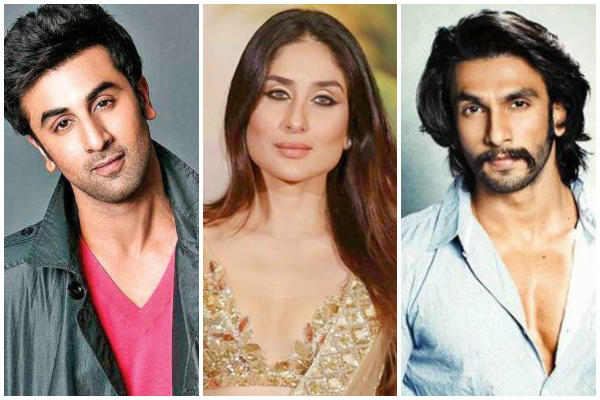 Kareena Kapoor is all set to resume work after an amazing vacation in Maldives. The diva has two major projects in her bag, including Takht and Good News, opposite Akshay Kumar.

The actress, who has previously worked in Akshay Kumar and delivered sizzling chemistry is now more excited to work alongside cousin Ranbir Kapoor in upcoming film. “I feel Ranbir is one of India’s greatest actors. For me, he is always above the film. I truly believe he is the best,”

Speaking to Hindustan Times, Kareena also said how she believed the two new male leads, Ranbir Kapoor and Ranveer Singh could change the future of Bollywood.

“I think both Ranbir and Ranveer (Singh) will take (Hindi) cinema to another level.”

Kareena Kapoor herself is a force to be reckoned with. Married to Saif Ali Khan, Kareena Kapoor mothers Taimur, and continues to sizzle in Bollywood. Her last cinematic outing Veere Di Wedding received amazing reviews from audience and critics alike.