Well chotay Nawab Taimur Ali Khan is a sensation at the age of 2. The papparazi has been going crazy over the blue eyed prince since he was born. But little does everybody know that mommy Kareena, ensures strictly that Taimur isn’t spoilt when it comes to his habits and lifestyle.

According to Times, in a discussion with their dietitian Rutuja Diwekar, Kareena Kapoor talking about Taimur shared, “I am hyper-paranoid. He goes to birthday parties and he’s not allowed to eat outside. But I know that’s also wrong, he can…” Saif also added, ‘he eats chip though..”

Bebo further stated, “Khichdi, idli dosa, like healthy kind of home cooked food. I sit on his plan also. Every month I alternate it accordingly. Whatever fruits are available, what vegetables he should be eating in the month so ya…he quite enjoys it. Today he actually had Saag for lunch and he normally didn’t like it but I have been shoving it down his throat so now he’s got used to it so he actually ate the whole bowl” 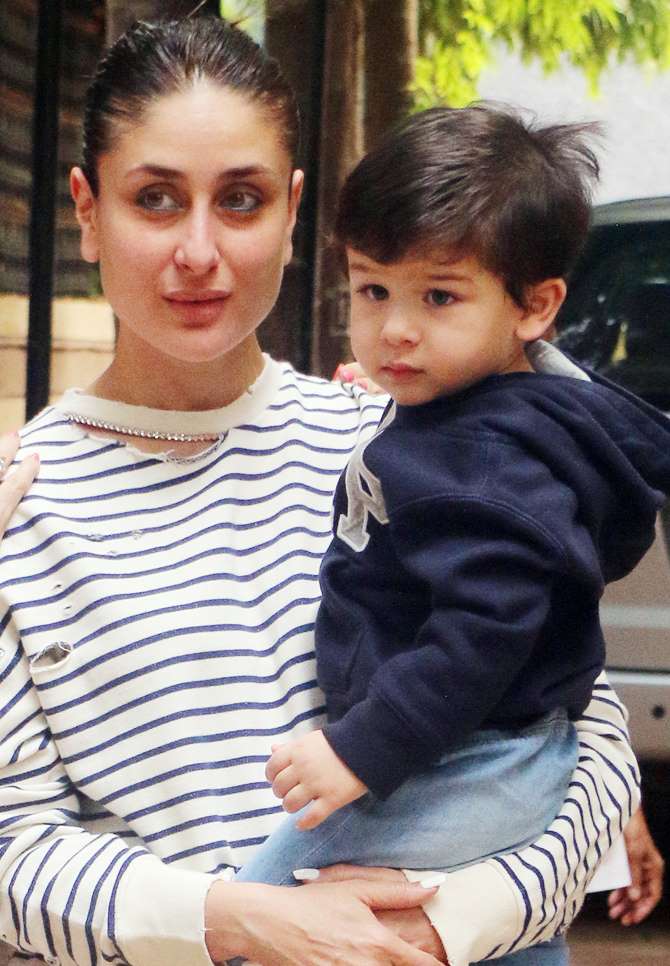 Well Kareena is such obsessed with Taimur’s health and fitness as she is conscious with herself, maintaining the perfect shape and now she is applying the same rule with her munchkin, for his better health, of course.