According to experts, the Duchess has not taken Megxit very well and gave a reaction 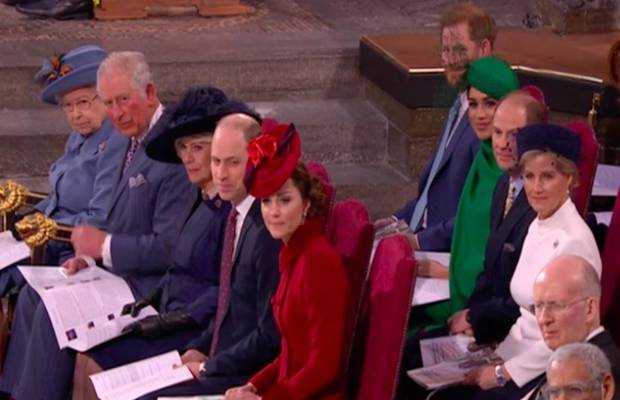 Ever since the infamous Megxit took place, it was the first time that Dukes and Duchesses of Sussex and Cambridge faced each other in a public gathering at Commonwealth Day. And quite unsurprisingly, the four seemed on rather cold terms with each other.

Media gurus, in particular, noticed Kate Middleton who seemed to be giving a cold shoulder to Meghan and Harry during the service. According to footage of the event, which caught the attention of experts, the Duchess of Cambridge apparently looked away as Sussexes waved at her at the beginning of the ceremony.

“Possibly she was tired but she didn’t look overjoyed. To be honest I think Kate has taken it all badly. She Harry and William were once such a happy trio, she thinks what has happened is all very sad,” said an expert on the royal family while talking to Vanity Fair.

And it was not just Kate who avoid Meghan and Harry. Dearest brother William, who was once extremely close to younger Harry also seemed to maintain distance with the Duke of Sussex and his wife. The four were not spotted chatting with one another and remained distant throughout.