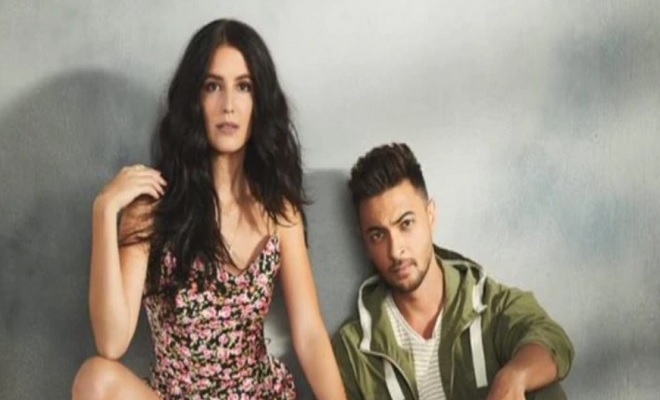 Katrina Kaif’s younger sister Isabelle Kaif is all set to make her debut in the film Kwatha, opposite Salman Khan’s brother in law Ayush Sharma. The director of the film Karan Lalit Butani announced the film as he described what the movie will be about.

“We are excited to announce Aayush Sharma and Isabelle Kaif as the leads of Kwatha. Kwatha is a village on the border of India and Myanmar. While it is based on true events, the plot is unconventional,” said Butani.

As per reports, the movie will revolve around the true events that took place with Indian army in the Kwatha village.

Salman Khan also took it to Twitter and shared a picture of his brother in law and Katrina’s sister.

#IsabelleKaif and @aaysharma to star in a film inspired by true events involving the Indian army in #Kwatha @karanlbutani pic.twitter.com/GW2bOlW5Yi

“Isabelle Kaif and Ayush Sharma to star in a film inspired by true events involving the Indian army in Kwatha,” wrote the superstar on his social media.

The film is expected to hit the floors in September 2019, and is set to release next year. Ayush who debuted with Loveyatri is said to be undergoing rigorous training for his upcoming role in Kwatha.