Hayat, let her fans in about her first crush during a recent television show 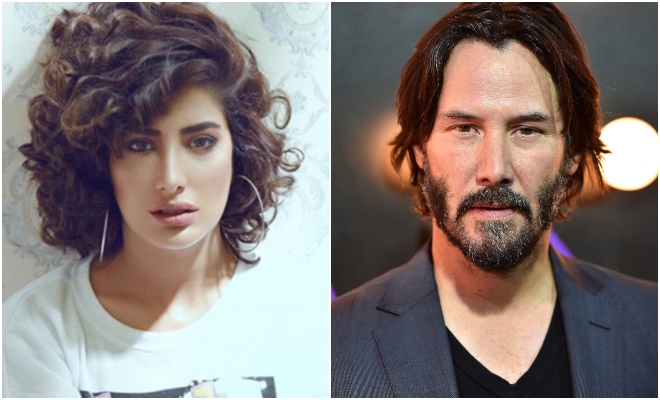 Mehwish Hayat has been making headlines left right and centre. The actress is one of the best and most sought after in Pakistan, having all top grossing films to her credit. Hayat recently won the Tamgha E Imtiaz and gave a solid answer to all the haters trolling her much deserved win.

In a recent television show, Mehwish Hayat was seen answering some fun questions during a rapid fire and it was then that she let her fans in on her biggest secret. Mehwish Hayat had a huge girl crush on Keanu Reeves in her childhood. In fact, the John Wick star was Hayat’s first ever crush.

On the work front, Mehwish Hayat is awaiting the release of her next film, Chhalawa opposite Azfar Rehman. Chhalawa releases on Eid ul Fitr and has been directed by Wajahat Rauf.