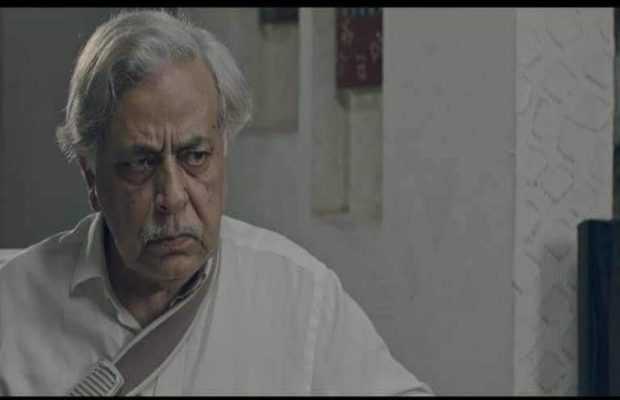 The directorial debut of Sakina Samo, Waiting was set to release in Pakistan in March however on the back of COVID-19 pandemic, the film’s release was pushed back and it first screened at Harlem International Film Festival where Khalid Ahmad won best actor award.

“Khalid Ahmed  Sahab wins the Best Actor award for Waiting at the Harlem International Film Festival in New York. I am delighted for him. Congratulations Khalid Ahmed. It’s the first international award for a Pakistani actor. Correct me if I’m wrong,” director Sakina Samo ecstatically shared on social media.

Naturally, Khalid Sahab himself was joyous specially that it’s the first award of his career.

“I’m happy beyond words, especially since I haven’t received a single award in Pakistan yet. This is quite encouraging and heartening,” the actor said while talking to The Express Tribune.

“I notice the character’s disposition; try to understand his backstory and most importantly – what the character wants. These are the basic mental exercises that one does and should do before playing any role.

So I work analytically, mentally and as that work proceeds at some stage, emotions also start playing a huge part,” the veteran artist added.

Helmed by Samo, waiting revolves around the idea of longing for someone or something in life. Scripted by Bee Gul and co-produced by Azeem Mughal, the film also stars Samina Ahmed, Kaif Ghaznavi, Raza Ali Abid, and Adnan Jaffar.