“It is so shameless to peep into the personal lives of artists like us and destroy our images,” he said. 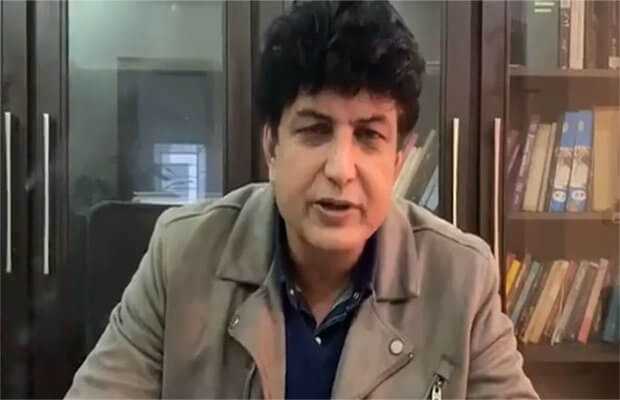 Soon after Eshal Fayyaz cleared the air regarding fake news of her marriage with Khalil-ur-Rehman Qamar circulating on media, the award-winning writer himself came out lashing over the rumours.

“I strongly condemn and reject absurd and baseless news of my marriage with heroine of my film Kaaf Kangna,” he wrote.

“It is so shameless to peep into the personal lives of artists like us and destroy our images,” he said.

“I solemnly declare nothing of the sort ever happened between me and the heroine and we were just working together to complete the project in quite a professional way”, he further added. 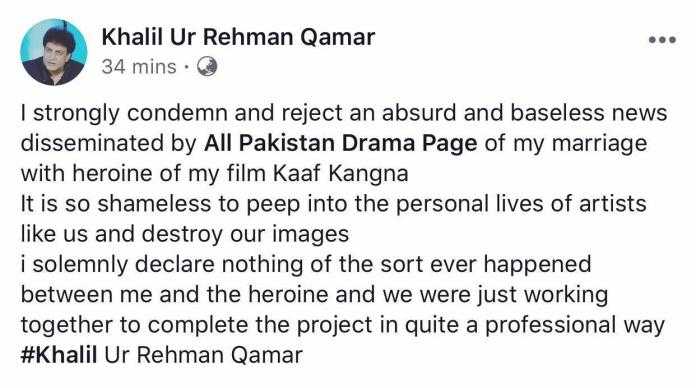 Actress Eshal Fayyaz on Saturday refuted the rumours regarding her marriage with famous writer Khalil-ur-Rehman Qamar.

She called the rumours about her marriage with the writer, fake news, she said: “My relationship with Khalil ur Rehman Qamar is that of one between an actor and a director, nothing more than that”.

tweet
Share on FacebookShare on TwitterShare on PinterestShare on Reddit
Saman SiddiquiJanuary 13, 2020
the authorSaman Siddiqui
Saman Siddiqui, A freelance journalist with a Master’s Degree in Mass Communication and MS in Peace and Conflict Studies. Associated with the media industry since 2006. Experience in various capacities including Program Host, Researcher, News Producer, Documentary Making, Voice Over, Content Writing Copy Editing, and Blogging, and currently associated with OyeYeah since 2018, working as an Editor.
All posts bySaman Siddiqui