Kinza Razzaq shines through as Begum Nawab Salahuddin in Dilara!

What a treat to watch her in the lead character! 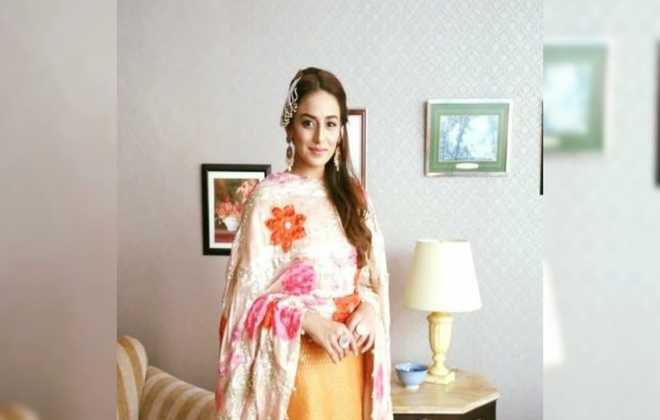 So, the very first episode of Dilara went on air on December 3rd, 2018 on BOL TV and boy! What a treat it is to watch Kinza Razzak in a lead character as Begum Nawab Salahuddin. 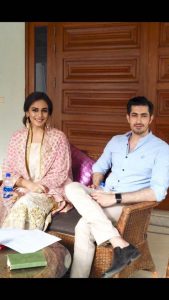 The drama is directed by Khalid Ahmed and the episode begins with Kinza as Dilara who is madly in love with Mohsin and going to marry him but Mohsin’s mother demands dowry and that constant tension leads to death of Kinza’s father. Later, she happens to get married with Nawab Salahuddin instead of Mohsin. As the episode unfolds and tension mounts, Kinza plays her part with effortless ease. 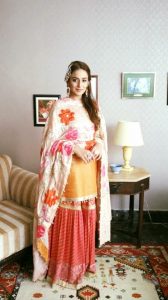 Dilara is an intriguing yet out-of-the-box story written by the much-acclaimed writer of ‘Dar Si Jati Hai Sila’ – Bee Gul, a magnum opus that will not give those butterflies in our stomach any rest until next episode. Kinza is accompanied by the very talented Abid Ali, Hina Khawaja Bayat, Samina Ahmed, Mohammad Ahmed and Salim Mairaj in the drama.

The diligent star made her fantastic screen debut with drama serial ‘Shayad’ as a chirpy, girl-next-door girl, followed by her phenomenal work in Bewaja as an independent women lead role against Nauman Ijaz. She is now ready to steal the limelight with her performance in Dilara as Begum Nawab Salahuddin against Abid Ali. Kinza’s work has already won heart of masses. Landing a lead role in just her second drama is really a success in itself. 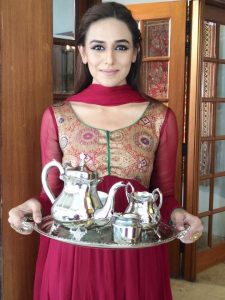 Though she is a new face to industry but has proved her mettle every time she is on-screen. The promising actress is known for the respect she holds for everyone. She has earned much reverence for her work at the very early stage of her career. Not everyone at such initial start of the career get a chance to work with such big icons of the industry.

From making Dubsmash vines till her current lead role in Dilara, Kinza has proven to be one sensation. When others fail to leave a mark, she has scored her place in no time. The devoted actress has a passion for creativity, her degree in Film Studies and Marketing has equipped her with skills that justify her grip on her characters.

From attempting the thought-provoking roles to sharing the screens with real mavens of the industry, it looks like Kinza is making rational choices without any rush. Kinza’s humble personality and grace outshines amongst all newbies. Her soft demeanour and professionalism elevated her in the list of most revered celebrities.

Kinza is pacing fast on ladder of success and she has knack to transform herself in every character she performs. We wish Kinza a lot of success and accolades ahead and look forward to captivate us in Dilara’s upcoming episodes.

tweet
Share on FacebookShare on TwitterShare on PinterestShare on Reddit
Saman SiddiquiDecember 10, 2018
the authorSaman Siddiqui
Saman Siddiqui, A freelance journalist with a Master’s Degree in Mass Communication and MS in Peace and Conflict Studies. Associated with the media industry since 2006. Experience in various capacities including Program Host, Researcher, News Producer, Documentary Making, Voice Over, Content Writing Copy Editing, and Blogging, and currently associated with OyeYeah since 2018, working as an Editor.
All posts bySaman Siddiqui 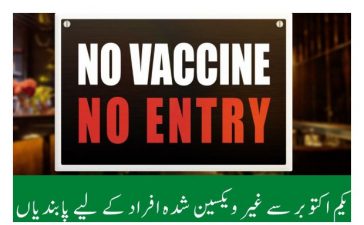 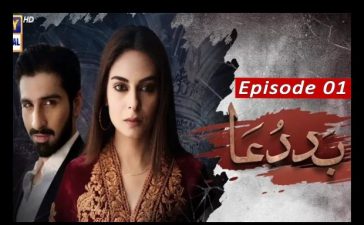 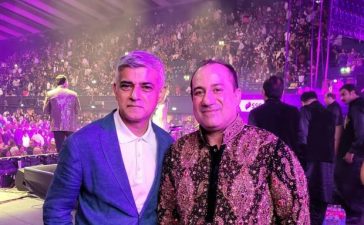