Kit Harington says upcoming GoT episode is one of his favorites

The following contains spoilers from Game of Thrones! 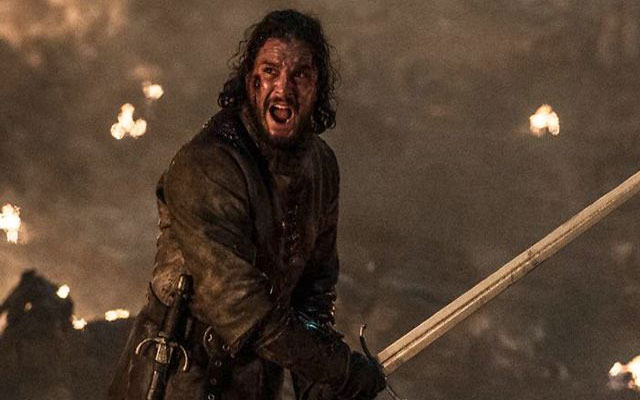 The longest battle scene in Television history comes to a close after nearly 70 episodes in season 8. Kit Harington who plays Jon Snow character in the fantasy series, spilled the beans about the upcoming episode airing on Sunday which will be full of mystery and tension after the most epic take down of the Night King and White Walkers in ‘The Long Night’ at the battle of Winterfell.

The 32-year-old actor revealed that the 4th upcoming episode is one of his favourites which will show the aftermath of the Battle of Winterfell.

In an interview to Entertainment Weekly, Harington looks ahead to the fourth episode going to be aired this week.

“One of my favorite episodes is four because the characters have seemingly got what they needed. The world is safe now. They’re celebrating and saying goodbye to lost friends. But as an audience you’re going, ‘This is only episode four, something’s going to happen.’ And that’s the cool thing because I think the characters are aware of this as well. There’s something twisted and uncomfortable about it. It’s so Shakespearean,” he said.

Harington is not the only star from the epic series to discuss the upcoming episodes as Emilia Clarke, 32, who plays Daeneyrs Targaryen, appeared on a TV show and said the upcoming three episodes would be something even bigger than the Battle of Winterfell.

“[The next episodes] are going to be mental,” Clarke teased saying “they’re all insane.”

When the actress was asked if something crazy happens in episode five, Clarke would only say, “Find the biggest TV you can.”