Kumail Nanjiani finds himself less ‘interesting’ with his super-hero bod 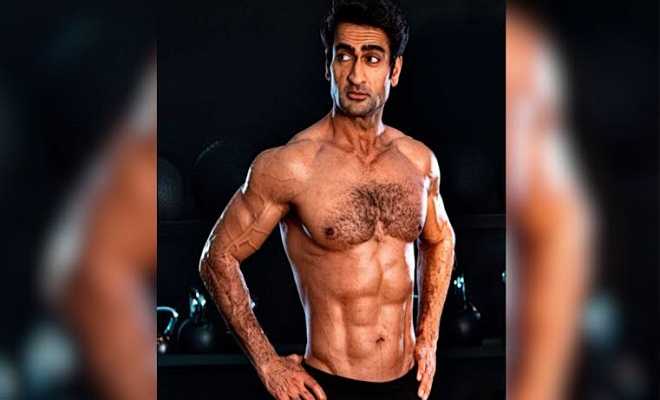 Kumail Nanjiani recently revealed to the audience his dramatic body transformation for his upcoming role in Marvel’s The Eternals. But as hot as it may seem and make Nanjiani look, it happens that Kumail isn’t really happy with his super hero bod. In fact, the Silicon Valley star has started feeling less interesting after his transformation.

Making an appearance at the Conan show, Kumail Nanjiani recently quipped about his new look, post the body transformation.

“People expect me to be different and I’m really not,” he said while he talked about how people had been expecting him to be after his transformation.

Nanjiani then went on to add how he felt he was “slightly less interesting” because he “talked about working out a lot.”

Kumail also didn’t forget to mention that he found his new six-pack abs only decorative because they didn’t really come in handy when he needed them.

“No, these muscles are decorative, they don’t do anything. They really don’t. [Wife] Emily [Gordon] will be like, ‘Can you open this jar for me?’ And I’m like, ‘Probably not,” quipped the comedian.

Kumail Nanjiani will be starring in Marvel’s The Eternals as Kingo. The film will also feature Angelina Jolie and is expected to be released worldwide in 2020.