The court dismissed the application of Meesha Shafi seeking exemption from personal appearance issued and bailable arrest warrants for her. 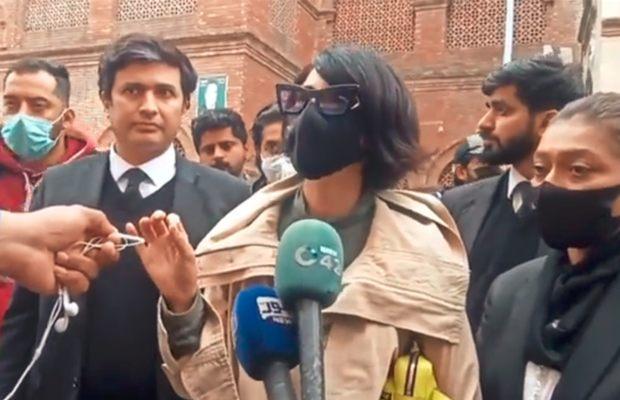 On Wednesday, the magisterial court issued bailable arrest warrants for singer Meesha Shafi for not appearing before the court in a case registered against her and others by FIA for allegedly running a social media smear campaign against Ali Zaffar.

The court dismissed the application of Meesha Shafi seeking exemption from personal appearance issued and bailable arrest warrants for her.

Court has directed her to submit surety bonds worth Rs50,000 and appear before the court by February 19.

While the others accused in the case including Iffat Omar, Syed Faizan Raza, Haseemul Zaman, Fariha Ayub, Ali Gul Pir, and Leena Ghani turned up before the court.

The FIA Cybercrime Wing last in September had registered a case against singer Meesha Shafi, actress Iffat Omar, and seven others for their alleged involvement in a vilification campaign against singer Ali Zafar.

The FIR had been registered under Section 20 (1) of the Prevention of Electronic Crimes Act 2016 and R/W 109 PPC. According to FIA, the accused were unable to satisfy the investigators about the allegations levelled against them after which they were booked.