The two environment activists met recently and pledged to work together 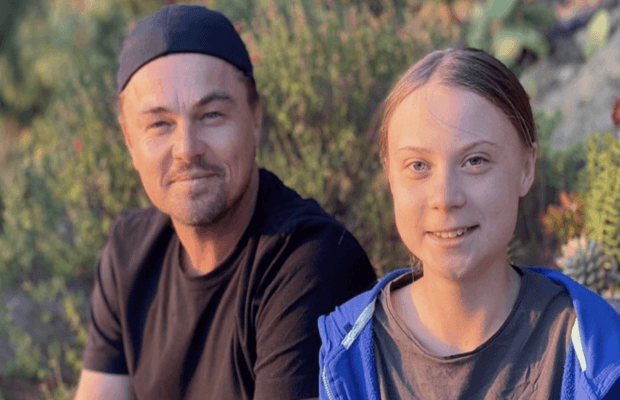 Swedish climate activist, 16-year old Greta Thunberg made headlines last year as she skipped school and stood outside Sweden’s parliament to demand stronger action against climate change. Since then she has gone on to become a symbol of climate advocacy and is lauded by many around the world.

Among her fans is Hollywood superstar Leonardo DiCaprio who recently met the teen and called her a ‘leader of our time’.

Taking it to Instagram the Titanic actor shared a picture of himself alongside Greta.

“There are few times in human history where voices are amplified at such pivotal moments and in such transformational ways — but Greta Thunberg has become a leader of our time,” captioned the actor.

He continued, “History will judge us for what we do today to help guarantee that future generations can enjoy the same liveable planet that we have so clearly taken for granted.”

Leonardo added that he hopes Greta’s message will be “a wake-up call for world leaders” that “time for inaction is over”.

The duo, highly praised by fans on Instagram, pledged to work together for a better future of the world.

“She and I have made a commitment to support one another in hopes of securing a brighter future for our planet,” wrote the Oscar winner whose organization Leonardo DiCaprio Foundation has done remarkable work in the domain.

DiCaprio also shared that he feels optimistic about the future of the world because of Greta and young activists like her.