“That is the biggest controversy in modern cinema,” Robbie said 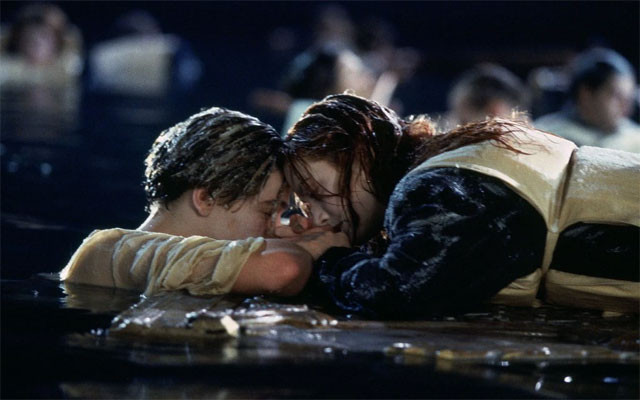 Recently, DiCaprio, Brad Pitt and Margot Robbie joined a show to discuss their upcoming film “Once Upon a Time in Hollywood” when the infamous subject from Academy Award-winning movie came up.

The co-star Pitt and Robbie pushed Leonardo DiCaprio to answer whether his character from Titanic, Jack, could have fit on a floating door with Kate Winslet’s Rose instead of dying in the freezing icy water.

“Oh my gosh, I thought it. I remember bawling my eyes out when I was a girl,” Robbie, 29, said during the show.

At first, DiCaprio did not respond , but after a while he replied, “I have no comment” with a chuckle.

“That is the biggest controversy in modern cinema,” Robbie said.

DiCaprio slammed with another teaser, the 55-year-old Pitt, continued to get an answer out of him.

“Could you, could you have squeezed in there? You could’ve, couldn’t you?” asked Pitt.

“No comment,” he continues saying.“Did you mention it at the time? Were you like, should we make the door smaller–,” Robbie tries before DiCaprio shoots her down.

While DiCaprio chose not to comment on the debate, James Cameron, the Oscar-winning director of “Titanic,” had previously answered the biggest controversy regarding the film, saying that it was necessary for the film to work.