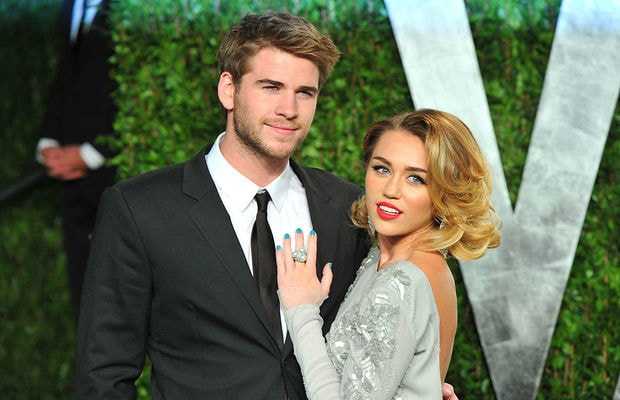 After a hyped romance and an unexpected wedding news, Miley Cyrus and Liam Hemsworth further shocked the fans with the news of their sudden divorce. Things went beyond repair as Miley started publicly speaking of the problems in the relationship while Liam chose to part ways silently. A year later, an insider says that the couple not only ended on a bitter note but Liam has now come to terms with his family’s disapproval of the Hannah Montana star.

“Liam felt like Miley aired their issues out to the public while he kept it quiet and went to Australia to be with his family,” said a source close to the couple.

“His family is very private, very reserved and it took awhile for them to get used to Miley being so out there. It took a long timeZ for them to come around to their relationship. They’ve done a lot of talking to Liam during this divorce about their feelings and he’s listened and is seeing what they’ve been saying all these years,” the source added.

Speaking of Liam and Miley’s relationship after the divorce, the insider said that it is safe to say that they aren’t big fans of each other and the breakup was bitter and painful which nobody talks about.

“Miley and Liam didn’t end on positive terms and do not think highly of each other. They saw the way the relationship ended differently but were both truly heartbroken. They were each other’s first real loves,” the source said while adding that despite having many mutual friends, “There’s no reason for them to still talk and it’s painful.”